Arsenal are in desperate need of points here. Can they get three by winning at Belshina? Find out with our Belshina vs Arsenal prediction.

We kick off our tips for this game by backing a draw – despite the league standings showing Belshina to be the stronger side. Belshina have won three of their last five games, losing just once in the process but they have a rather poor record against Arsenal having lost their last two matches against them. On top of that Arsenal, who are third from bottom, arrive here off the back of two wins. They'd take a point now and we think they'll get it.

Neither of these teams are particularly sharp at keeping clean sheets but both do score goals. As such, both teams to score is the bet we're making here. Belshina have seen both sides score in four of their last five games whilst they've conceded in every one of those five. Arsenal meanwhile have seen goals at both ends in each of their last three matches!

We end this set of predictions by backing over 2.5 goals. Belshina have been somewhat goal crazy of late with four of their past five matches going north of the 2.5 mark; they averaged four goals per game across that five game period. Arsenal meanwhile have gone over 2.5 goals in each of their last three matches – again averaging four goals per game. Given the last two head to heads have also gone over 2.5, there is every chance this one does too.

Top Betting Odds and Stats for Belshina vs Arsenal

Belshina aren't exactly flying right now with just 14 points from 12 games but the fact they've lost just one of their past six games is definitely a sign of progress. They'll hope to keep the good form rolling here and the performance of 25-year-old midfielder Ilya Vasiljev could be critical.

Arsenal have endured a woeful start to the campaign as they sit third bottom of the standings. They do have reasons for optimism here though. They've recently won a couple of matches and hold a good head to head record against their hosts. They also know that a win will give them a big chance of exiting the relegation places. 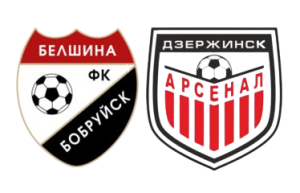 Where is the game being played? Spartak Stadium

Who won the last head to head fixture? Arsenal won 3-0