Both of these sides have made a solid start to the J League campaign. Who will come out on top when they clash?

Second versus third, both teams have had good starts to their respective J1 League campaigns; however, Kawasaki Frontale have not been very convincing lately. Toru Oniki's men have no wins in their last two games; this includes a 4:1 loss at home to Cerezo Osaka last weekend. On the other hand, we have a Kashiwa Reysol team that's coming off back-to-back wins; they have no losses in their last five games, with three wins and two draws. We're going for value here, and considering both teams' form, we don't think Kashiwa Reysol will lose this match.

Kawasaki Frontale's form has gotten worse recently; they are without a win in their last two games, with a draw and a loss. Kawasaki Frontale had four wins in five games prior to their poor recent run; they'll hope to get back to winning ways, with some assistance from Kei Chinen.

Kashiwa Reysol, on the other hand, have enjoyed some good form recently; they have no losses in their last five games, with three wins and two draws. Nelsinho Baptista's men will look to extend that run to six games as they go up against Kawasaki Frontale; they'll call on Matheus Savio to provide the goals. 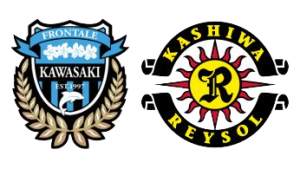