In this betting preview, we look at the League Two fixture Oldham vs Newport. Who will make a winning start?

A look to last seasons table might make you baulk at the suggestion Oldham will hold Newport to a draw but give us a chance to explain. Yes, Newport were within touching distance of winning promotion whilst Oldham only escaped relegation by a few points but football isn't that simple. Newport could well be suffering a playoff hangover and their last five games have produced just a single win. For Oldham, it's a new campaign and after taking four points off Newport last year it could be a nice start to the campaign with a result against one of the better sides.

Let's get straight to it; we've already mentioned that both matches between these sides saw Oldham take points. What we didn't get into is how entertaining the matches were with both teams netting in both games. On top of that, Oldham have seen both sides score in their last two pre-season matches with three of their last five all seeing goals at either end. For Newport, the BTTS stats aren't quite as convincing but half of their pre-season friendlies have ended in that manner.

So, our previous tip mentioned entertainment in the Oldham vs Newport games last year. Well, that might have been an understatement. The two matches served up a combined 11 goals with both smashing the 2.5 cut off. Then you have recent form to consider as well. Oldham's last five is not overly convincing with just two of five exceeding the 2.5 mark but Newport's prior five games have served up a total of 16 goals; that's 3.2 per match. That and the head to head record these side has is enough for us to see the odds as offering value.

There is no denying that Oldham's campaign last year was one that left everyone associated with the club somewhat flat. Pre season has offered some hope though with three wins, one draw and two defeats (against decent opposition) not a terrible record. Dylan Bahamboula is a man that could prove crucial in this match with his ability to create openings.

Ah Newport. They were so close to League One. Instead, they lost out in the playoff final and have to dust themselves down for another long slog in League Two. Missing out on a big goal by such a big margin can go one of two ways; it can galvanise a squad or it can break them. At the moment, we haven't seen enough since that day to judge. If they're to have another good campaign then new signing Ed Upson could play a big role.

Oldham vs Newport: Check out the latest stats & odds

FAQ on Oldham vs Newport 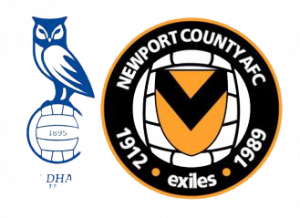 The bookmakers can barely call it