In this betting preview, we look at the Europa Conference League second leg between Rosenborg vs Rennes. Who will make it through?

Rennes might have won the first leg but Rosenborg have bounced back in spectacular fashion by turning Odd over 5-0 on Sunday; it means they've now won four home games on the spin. Rennes meanwhile have a pretty atrocious record on the road; they've failed to win in seven away matches losing two of the last three. The other thing to consider is that Rosenborg have to win the match to spend any chance of progressing.

The first leg saw Rennes run out 2-0 winners but that's not how we see the second leg unfolding. That match was the only game in 10 where Rosenborg have failed to score; during that 10 game run they've only played three home matches, however, they have bagged 15 goals in those trio. On top of scoring a lot of goals, Rosenborg have also only kept three clean sheets. Considering Rennes have scored in each of their last 10, the prospect of both teams scoring is looking good.

The last of our three free tips is for the match to see a minimum of three goals. We've already touched on Rosenborg scoring 15 goals in their last three home games but their actual total goals record across the past 10 is more convincing still. Eight of the last 10 games have gone over 2.5 with a game average of 4.9 goals. Rennes' recent form reads poorly for over 2.5 but their game average over their last 10 games is 2.7 goals. On top of that, four of their past five away games have gone over 2.5.

A 2-0 deficit is a pretty big hill to climb but Rosenborg are in brilliant form at home; they've won their last four matches at the Lerkendal Stadion scoring a total of 16 goals whilst conceding just two. Two of those matches have been Europa Conference League qualifiers too. In Dino Islamovic they have a striker who knows where the net is whilst Adam Andersson is an attacking threat from full back.

Rennes have made an impressive start to the season with four competitive played and no defeats whilst their first Ligue 1 victory arrived after beating Rosenborg. With one foot in the next phase after that 2-0 win they'll be confident of seeing the job through when they travel to Norway. If Eduardo Camavinga, who has been linked with a move away, doesn't play Baptiste Santamaria and Ben Bourigeaud will need to control the middle of the park.

Pre-game questions for Rosenborg vs Rennes 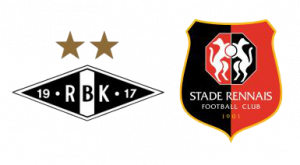