Olimpija arrive here in decent form but they are well and truly up against it against a Sepsi side who are flying right now. Can they find a way to win? Find out with our Sepsi vs Olimpija prediction.

It would be somewhat outrageous to describe Olimpija's form as anything but impressive given they've lost just once in the last 10 matches. That said, there have been a fair few draws in that period, which shows they're not quite firing on all cylinders. Sepsi, however, are like a runaway train that cannot stop chalking up wins – especially at home where they've nine on the spin. It's that incredible winning streak that means we simply cannot look beyond a Sepsi victory here.

We've just touched on the crazily good run Sepsi are on at home but we didn't mention that they're freely conceding goals as well; they've conceded in seven of their last 10 at home and in each of their last four. Combine that with the fact that Olimpija aren't too shabby at finding the net and we fully expect goals at both ends. Olimpija have scored in four of their past five away games notching a total of 10 goals in that period.

Last but not least we turn to the total goals market and we are backing this game to go north of 2.5 goals, which might not come as much of a surprise given what we've already detailed about the free scoring but wide open hosts. Their last four home games have all gone north of the 2.5 goal mark whilst six of their last seven have also gone the same way. As for Olimpija, they've averaged 2.6 per game in their last five away games.

Top Betting Odds and Stats for Sepsi vs Olimpija

Sepsi will come into this match with a real spring in their step given how good they've been at home of late and their fans will be expectant too. That will make this a real tough trip for Olimpjia and Sepsi will be keen to make the most of the home advantage knowing an away leg is coming. Can Vitalie Damascan fire them into a comfortable lead?

Olimpija might be up against it here but they won't arrive here waiting to have their tummies tickled. They're not in a bad run of form themselves and whilst wins have been scarce, they've not lost many games of late. With that in mind, they'll be confident of at least keeping things alive until the second leg. Experienced head Goran Milovic could be key. 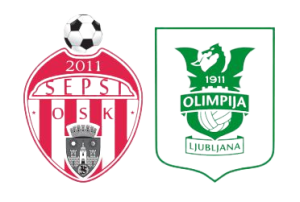 Where is the game being played? Stadionul Sepsi

Who are the bookmakers favourites to win? Sepsi