Foolad look to continue their unbeaten start to the AFC Champions League group stages when they go up against Ahal at the King Abdullah Sports City.

Ahal’s problems worsened with the team suffering a 1-0 defeat at the hands of Foolad just a few days ago. This was the second consecutive loss for Ahal. The visitors had to be on the defensive after Söýünow’s red card in the 51st minute. However, an injury time winner came from Coulibaly to provide three crucial points for Foolad.

Foolad were able to get an impressive victory and a clean sheet in the recent match against Ahal, who are yet to get a victory in the three group matches. The troubles of Rovsan Muhadov’s team are expected to extend even into the upcoming match. Since his appointment in January, Ahal have not been doing well and they enter into the match as the significant underdogs compared to the quality of Foolad.

Even though Foolad are one of the few teams unbeaten in the AFC Champions League group stages so far this season, they have not been blitzing past opponents even with an experienced squad in the ranks. Manager Javad Nekounam has witnessed his team be involved in three consecutive group matches that have all produced less than 2.5 goals.

Ahal scored in the opening game against Shabab Al Ahli. Since then, the team has been unable to find the back of the net. Foolad have managed two clean sheets in three games. Even though both these clean sheets came at home, they are expected to continue the good run against Ahal.

Ahal’s Champions League group stages are not progressing as expected with the team managing just a point from the first three matches. Manager Rovsan Muhadov has a huge task on his hands to make the first Champions League campaign successful for the team. There are no injury problems for the home team.

Foolad are in a very strong position to capitalise on any errors made by Al-Gharafa. The club’s biggest problem has been scoring goals, but this is likely to be addressed with manager Nekounam having most of his players available apart from Mehran Derakhshan Mehr.

Top Betting Odds and Stats for Ahal vs Foolad

FAQs on Ahal vs Foolad game 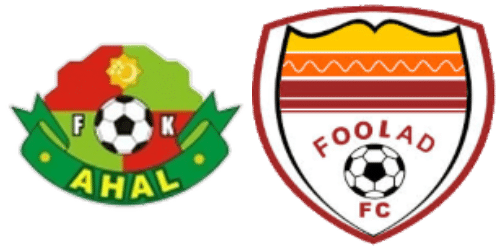 The match will take place at the King Abdullah Sports City in Jeddah.

Foolad are the favourite to win the match.