Akademija Pandev of North Macedonia was thrashed 4-1 in the reverse game but hope to recover some ground in the second leg of the Europa Conference League when they hosts Lechia Gdansk of Poland on 14th July 2022.  Read the preview for detailed analysis and free match predictions.

The only previous encounter between Akademija Pandev and Lechia Gdansk was in the first leg of the Europea Conference League qualifiers. The hosts lost 4-1 in that game but can they overturn the defeat in this second leg encounter?

Our best free tips for this game are as follows:

For a price of 1.50, we expect Gdansk to bag another win in this match. The visitors have a better form than Pandeve, epically after winning all their last four games while the hosts won only once in as many games. We predict another trouble for Akademija in this duel.

Akademija Pandev lost by a 3-goal margin in a 4-1 defeat in the first leg of the Conference League qualifiers. The question ahead of this second leg is whether they can overturn that defeat to get some points from this game. Worryingly, Pandev lost four of its last six games across all competitions. They conceded at least three goals in all the losses and failed to score in only one. That leaves the hosts with home advantage as the only hope in this game. Pandev looks that the team that will concede the first goal in this duel.

On the flip-side, Lechia Gdansk won all their last four games in all tournaments and lost twice in their last 6 outings. The visitors scored at least two goals in each of their last six games and only failed to score in one game during that time. A strong offensively play should be the main competitive advantage that the visitors will have over Pandev in this game. However, the visitors couldn’t keep a clean sheet in their last six matches. With that, playing away from home comes with the challenge of hostile fans, so there is a possibility that Polish side, Gdansk, may also let in a goal or more in this second leg of the Europa Conference League qualifiers. 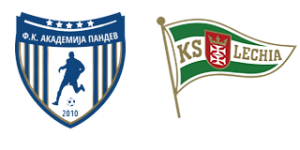 What time will Akademija Pandev vs Lechia Gdansk game start?

Where will the game take place?

The venue for the fixture is Kukus Stadium in Strumica, North Macedonia.

Who will be in charge of the match?

Referee Daniele Chiffi will take care of business on matchday.