Alessandria have picked up form considerably and are looking like they are gunning for higher positions in the standings. So far, Parma have been stuck and as a result of the incessant draws they keep accumulating, the hosts are expected to come out attacking for this game. Parma, in their fashion, will want to put up a block. Read our expert predictions and find the latest odds for the fixture below in our match preview.

After recording a win in their last game, following their back-to-back losses, Alessandria will be looking to stay on track as they face Parma.

Prior to their last win, Alessandria had lost two of their games back-to-back, which posed a threat to their positions in the standings. In their last five games, they have won three games and lost two. The same cannot be said about Parma. Parma have played four draws and lost one game in their last five games. It is very obvious that they are having a very shaky run so far. Considering the form of both teams, Alessandria are better positioned to win this game.

These two teams are known for their low tendency to score goals and they only score a barrage of goals occasionally. In their last five games, Alessandria have played under 2.5 goals three times. On the other hand, Parma have played under 2.5 goals in all of their last five games. There is a very good possibility that this game as well will end in similar fashion.

Second Half Highest Scoring Half

For most of the games that Parma have played so far, they have always been defensive. This explains why most of their games mostly end in a draw. There is a good chance that Parma might hold down a draw in the first half, and there will be a window of opportunity for a goal in the second half. Considering that, the second-half highest-scoring half seems a very likely wager for this game.

Top Betting Odds and Stats for Alessandria vs Parma

This match promises to be quite tough. Parma have consistently shown to be the defensive side and Alessandria seem to have a lot to play for to help them in the standings. Looking at both teams' poor record of scoring goals, under 2.5 seems like the best wager for this game.

FAQs ahead of Alessandria vs Parma 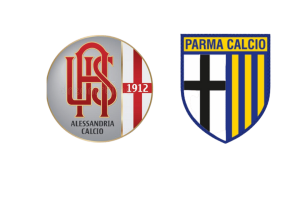 We recommend using NetBet for Alessandria vs Parma