Alessandria will host Pordenone in the first game from the new 34th round in Serie B on Saturday.

Pordenone managed to get a rare win in the previous round and will be motivated to get another positive result against another side that is fighting for its place in the league.

Perhaps a surprising idea but we think that there will be at least two goals in this fixture, at least one coming from each team. Pordenone are the weakest team and the weakest away side but they looked really promising in the previous match. Perhaps it was a really bad game by Frosinone but we think that Pordenone will be motivated to score again here. Alessandria have been in terrible shape too but they score a lot of goals at home too while their defense allows goals against almost all teams.

As we said, there should be at least one goal per side here and we generally expect to see the most common result happen once again – 1:1. The first match between these teams ended in a 2:0 win for Pordenone, one of their rare such results. They are terrible visitors and we will be shocked to see them win again here. Alessandria have not won a match in 10+ games too but they had a lot of draws and their bad form suggests that Pordenone have a chance to reach the point here.

Alessandria's squad has failed to save them from relegation for months. They had a great chance to reach SPAL a long time ago but they have not won in 14 consecutive matches. They still have the mathematical chances to save themselves directly but with that squad, we do not expect sudden changes and 5 wins in a row until the end.

Pordenone have been the weakest team in the league since the start of the campaign. They have scored the fewest goals and conceded the most – their goal difference is 24:58. They recently won their third match of this season against Frosinone and while the mathematical chances are there for them, we do not think that they will win a lot of their remaining games.

Top Betting Odds and Stats for Alessandria vs Pordenone

FAQs regarding Alessandria vs Pordenone 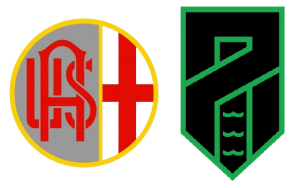 In which places are Alessandria and Pordenone?

Both sides have been in the relegation zone throughout the entire season. Pordenone have been at the very bottom at 20th place and now have 17 points after 33 rounds. On the other side, Alessandria are 16th and have 26 points.