Andorra will face Grenada in another low-level friendly international game on Monday.

Andorra and Grenada do not have national teams that can surprise us with incredible performances but when put against each other, we might see an interesting goal-packed game due to the low level of both sides.

Andorra cannot even be compared with the bigger European nations but their national team has been improving over the past few years and they generally perform well against smaller nations. Especially in defense, we remember multiple games against nations like San Marino and Gibraltar, where they did not concede goals. We expect this to be a low-scoring game as both sides are not strong in attack.

Andorra played against another Caribbean country last week – Saint Kitts and Nevis, and won the game with 1:0. We expect to see something similar in this fixture as Grenada are an identical side in strength and we do not expect much from them in general. Andorra have won most matches against the smallest countries such as San Marino and they generally play well against opponents at the same level.

If you check out Grenada's earlier matches as for example the CNL performances against other small Caribbean nations, you would think that they have some strengths. But the truth is that these nations there are even weaker than Andorra and we do not expect Grenada to score. The visitors played against Gibraltar last week, a European country that has a national team weaker than Andorra's and it ended in 0:0. We do not think that Grenada will find their way to the goal.

Andorra have been improving over the past decade but you cannot expect much from such a small nation. They finished 5th out of 6 teams in their World Cup group and won 2/10 games. It is not a big achievement but they had England, Poland, and other good nations in their group. What's important is that they are always motivated for a good result and they have shown it to us against weaker teams.

Grenada have one of the stronger national teams among the Caribbean nations but as soon as you put them against a mediocre nation like Qatar, Honduras, or Panama, you see that there is a huge gap in level. They should have a hard time against a weak nation like Andorra too.

Top Betting Odds and Stats for Andorra vs Grenada

FAQs regarding Andorra vs Grenada 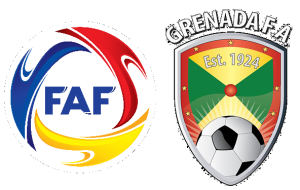 When was the last time Andorra won an official game?

Andorra actually won two games in their World Cup qualifiers and both were against San Marino. The last one was in October 2021.

When was the last time Grenada won an official game?

Grenada had a rough time in the World Cup qualifiers and lost three out of four games – their last win was against the United States Virgin Islands in March 2021.