This preview looks at Libya’s attempts to go top of Group F World Cup 2022 qualification from the CAF region when they go up against Angola at the Estádio 11 de Novembro.

Angola suffered a narrow 1-0 loss against Egypt to open group F with a slight hint of disappointment. Libya overcome a recent poor run of form by beating Gabon 2-1 at home.

Libya were quite impressive in the win over Gabon while Angola continue to be very inconsistent. Even against a very strong Egypt team, Angola might have expected to get something out of the game. The recent home matches have been far and few between for Angola and there will be nervousness ahead of this encounter. Libya’s last away victory has come in 2018 and it is a safe bet to go with a double chance between a draw or a Libya win.

Libya might have scored two goals against Gabon, but the offence has not exactly performed well in away matches. In the last four away trips, Libya have scored only one goal. Angola will offer a better defensive strength compared to Gabon. This should lower the total goals probability from this match.

Angola have scored over 1.5 goals only on one occasion in the last five games. They have also failed to score in four out of the last five matches. This should spell good news for Libya, whose last clean sheet was against Niger back in January.

Angola are looking to make it back-to-back home wins against Libya, but this will be the first time they are meeting up against Libya since 2001. Angola were unable to take some key players for this September round of qualification games. Ivan Cavaleiro and Helder Costa are the names missing from action for Angola.

Libya will be in a buoyant mood after the win over Gabon. This has given them a real opportunity to even fight toe to toe with Egypt for the top spot in the group. There are no injury worries for Libya coming into this game.

Top Betting Odds and Stats for Angola vs Libya

FAQs regarding Angola vs Libya Coverage 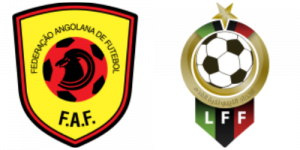 Estádio 11 de Novembro will be the location for this game.

Angola are ranked as the favourites to win this match despite their mediocre start to the group stages.