Antwerp seem to be even better than last season when they qualified for Europa League. This season, they are one of three teams in the title fight with real chances if they continue with their impressive results. Standard Liege, on the other hand, are having another disappointing season.

Even back in the day when Standard Liege were the stronger team, Antwerp have always played strong against them and are one of their worst opponents. With the shift in strength, it will be interesting to see which team will take the three points now.

We have two teams with completely reversed statistics – Antwerp have scored 30 goals in 17 matches while Standard Liege have scored just 18 in the same number of games. At the same time, the hosts have conceded just 18 while the visitors – 29. This is not the perfect game for a both teams to score bet based on this season's statistics but these teams have a lot of history between them. Almost all of their head-to-head games for years have ended with goals for both sides and we expect this rivalry to produce a thrilling fixture on Sunday as well.

Curiously, most of the matches between Antwerp and Standard Liege in recent years ended in draws. The teams have always produced quality games but this season, there is a huge gap between them in terms of strength. They played once already in the 3rd round and Antwerp won 2:5 away from home. Now, they will face Standard Liege at home and it should be mentioned that Antwerp have been the strongest home team in the league this season. We expect them to win this match again.

Antwerp are among the highest-scoring teams in the league and they have been quite impressive at home – 5 wins, 2 draws and 1 loss. In those 8 games, they scored more than 1 goal in 5 cases. And as we mentioned already, they scored 5 goals in the previous match against Standard Liege. They shouldn't have a hard time scoring at least two at home on Sunday.

Top Betting Odds and Stats for Antwerp vs Standard Liege

FAQs regarding Antwerp vs Standard Liege 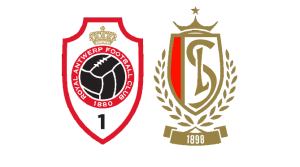 • How many goals have Antwerp and Standard Liege scored and conceded this season?

Antwerp's goal difference is one of the best in the league – 30:18. Their opponents, however, are among the teams that have scored the least and conceded the most goals – 18:29.