Cremonese have had two back-to-back wins in their last two games while Ascoli are without a win in their last two games. Cremonese are only two points behind the team occupying the third spot of the table. A win for them could help them ascend the table from the 6th position to somewhere higher. There is a lot to play for on this one. Read our expert predictions and find the latest odds for the fixture below in our match preview.

Cremonese will be looking to hold on strongly to their recent winning streak as they go toe to toe against Ascoli.

In the last five games, Cremonese have come out victorious in three games, while one of the games ended in a draw and the other, a loss. On the other hand, in the last five games that Ascoli have played, they have won two games, sealed a draw for two and lost one. Looking at the current form of both teams, Cremonese are in a better position to win. It would also suffice to reference the difficult position Cremonese currently find themselves on the standings, as a win could push them up. We expect them to pull in their weight to win this game.

In their last five games, Cremonese have been giving their best. They seem to have unlocked their goalscoring potential. This explains why out of their last five games, they have scored at least two goals in three games. Looking at how important this match is for them, we expect them to make that happen here too.

Between last year and this year, Cremonese have played Ascoli three times. One thing is most consistent in those three games, they usually end up scoring against each other. Looking at such past record and their current form, there is a good chance they will play both teams to score in this game too.

Top Betting Odds and Stats for Ascoli vs Cremonese

Currently, it is undisputed that Cremonese are the favourites between both teams. Cremonese have won more games and have shown the wherewithal to sustain wins compared to their opponents. While we don't see Ascoli winning, there is a good chance they will score, hence making both teams to score highly likely for this game.

FAQs ahead of Ascoli vs Cremonese 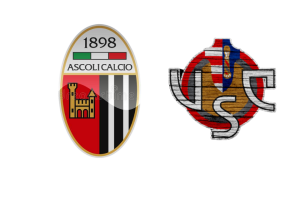 We recommend using NetBet for Ascoli vs Cremonese

Cremonese are more likely to win this game.