This preview looks ahead to the Coppa Italia final between Atalanta and Juventus – two teams who have had contrasting campaigns in the Italian Serie A.

Atalanta were given a huge scare by Genoa during the weekend, but they did pick up a victory which provides Champions League football for next season. Juventus are still hanging on in the top four race and there will be one eye on the final game of the season against Bologna. Atalanta were able to get the better of Juventus in the recent meeting back in April. Juventus make too many mistakes while Atalanta were able to rest some key players like Luis Muriel during the weekend.

The recent two matches between Atalanta and Juventus have ended up with less than 2.5 goals. It is a surprise to see any match involving Atalanta to end up as a low scoring game. Gian Piero Gasperini has seen his team get over 3.5 goals in three out of the last five matches. Andrea Pirlo has also seen his Juventus team hit a decent scoring patch with the over 2.5 goals in the last three games.

Luis Muriel played only a minute or so against Genoa, as he was rested from the starting lineup with this match in hindsight. It is remarkable that the Colombian has not scored against Juventus in 15 appearances. Yet, this run might just come to an end with this game providing a better opportunity than ever before.

The recent games involving Atalanta have shown nervousness and some weaknesses. Yet, these are likely to disappear in this match without Gasperini’s men returning back to their best. They have been able to secure Champions League qualification for next season and it will ease a huge amount of pressure off the players.

Juventus are hoping to extend their supremacy in the Coppa Italia by claiming their 14th title in the competition. The victory in this competition is of paramount importance after having missed out on the league title. Further, there is a significant possibility of Juventus not failing to qualify for the Champions League next season.

Top Betting Odds and Stats for Atalanta vs Juventus 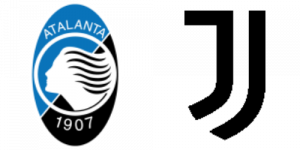 The match will take place at the MAPEI Stadium in Reggio Emilia.

The favourite team to win this match would be Atalanta at a price of 29/20.