Jawaharlal Nehru Stadium is the location for the ISL game week 13 between ATK Mohun Bagan and Bengaluru.

ATK Mohun Bagan dropped points for the second consecutive game, as they were held to a 1-1 draw by Odisha. Redeem Tlang scored after just five minutes on the clock, but a penalty from Joni Kauko quickly brought things level for Juan Ferrando’s team. Marco Pezzaiuoli watched his Bengaluru team bounce back from back-to-back losses with the 2-1 success over Odisha. Sekar might have provided Odisha with a lead, but goals from Bhat and Cleiton Silva were able to hand three points for the home team.

ATK Mohun Bagan are winless in back-to-back league matches and the club will appreciate coming back to home comforts for this match. ATK Mohun Bagan have a very good record against Bengaluru after managing to beat the opposition in all three competitive games before the 3-3 draw back in December. Bengaluru might be in a good spot with three wins in the last five matches, but it would be difficult to look beyond ATK Mohun Bagan in a home game.

The last four matches for Bengaluru have all produced more than 2.5 goals. Pezzaiuoli has seen his team come up with goals on a regular basis. Ferrando’s team have also ended up producing over 2.5 goals in three out of the last five Indian Super League games.

ATK Mohun Bagan and Bengaluru have been among the top teams in the Indian Super League when it comes to getting goals. Both teams have been able to score without too much effort and they have been able to average more than a goal per game in the last five matches.

ATK Mohun Bagan have drawn the last two matches to put themselves under a great deal of pressure ahead of this game. Juan Ferrando also has the disadvantage of players being unavailable due to suspension ahead of this match. Roy Krishna and Md Fardin Ali Molla will not be part of this game.

Bengaluru have a long list of players who are either on the treatment table or on the suspension list. This limits the changes that manager Marco Pezzaiuoli will be able to make for this big upcoming match. Amay Morajkar, Danish Farooq, and Yrondu Musavu-King are the players missing due to suspension, while Harmanpreet Singh, Akashdeep Singh, and Yrondu Musavu-King are nursing various injury problems. 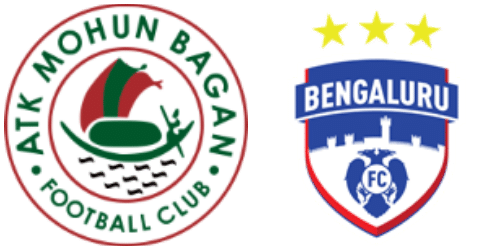 Jawaharlal Nehru Stadium in Goa will be the location for this Indian Super League match.

ATK Mohun Bagan are the favourite team to pick up three points in this match.