Hartlepool’s return to the League Two will be met with expectations of just survival. Even though Barrow do have the same expectations, the opening day defeat against Stevenage has increased pressure on Mark Cooper and his men. However, home advantage will help them just as it did last season with the team finishing the campaign with two wins and a draw from the last three matches.

A strong feature of Barrow and Hartlepool United from the opening two competitive matches would be the lack of threat going forward. Barrow do not look the same going without Scott Quigley and it may take a while before the newcomers click. Hence, this match is a good pick for witnessing fewer goals.

The offensive presence of Barrow has definitely gone down following the departure of Scott Quigley. It was apparent in the first two matches of the season, but one positive for manager Mark Cooper will be his team’s defensive performances. Apart from Stevenage’s well-worked goal, Barrow have not been through scary situations at the back. Hartlepool have scored only one goal in the opening two competitive matches of the season.

Barrow have been able to make some decent changes to the line-up but the loss of Scott Quigley will be felt for a while before the current crop of names like Josh Gordon and Offrande Zanzala find form. The progression into the second round of the League Cup will provide some positivity to the club who had an opening day defeat. Cooper will have a fully fit squad for the game.

Hartlepool United marked their return to League Two after a four-year absence with a crucial win over Crawley Town. The game against could be a potential six-pointer at the end of the season. It is quite likely that Hartlepool boss Dave Challinor will want his team to get a win from this game at all costs.

FAQs regarding Barrow vs Hartlepool 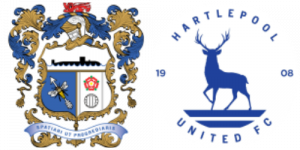 Holker Street is the place where this match will be taking place.

Barrow are the favourites to win this match by a decent margin.