BATE Borisov will face Konyaspor in an incredible qualification for the Europa Conference League.

This will easily be the most interesting match of the entire round in the Europa Conference League as these are two incredible teams. Here are our predictions for this match.

We have two incredible teams against each other and we can have a wild game or we can have a boring defensive matchup. We expect to see goals rather than defense as both sides are not teams that hold back. Both sides have strong attacks and both sides have a lot to fight for after failing in their domestic leagues. The ECL is not the Champions League but it is an expensive tournament.

Konyaspor had one major issue in the previous season – their away performances kept them from being a true contender for the title. The team was incredible at home – in fact, the best home team in the league, but those away games put them behind. This is why we do not expect them to win in this match but we also do not expect them to lose. BATE Borisov are a serious team but they do have a lot of draws at home and their current form is not the best.

We have no doubts that we will see a highly competitive match between these two teams and there should be goals. Of course, there is always the possibility of an under 2.5 and a 0:0 but these sides are not among those typical teams. Almost all of Konyaspor's away games have goals from both sides and over 2.5 at the end.

BATE Borisov have not been a champion in several years after five years of complete dominance, which included performances in the Champions League too. The team remains a top side in Belarus but not as strong as in the past. Their attack is quite impressive and their defense is one of the best in Belarus. They finished the previous season with 61:27.

The league in Turkey is incredibly competitive and we see a different champion in each season. Konyaspor were one of the top teams in the previous campaign and was it not for the bad games on the road, they might have been champions too. They were one of the teams with the most goal-packed games and a goal difference of 66:45 in 38 rounds.

Top Betting Odds and Stats for BATE vs Konyaspor

FAQs regarding BATE vs Konyaspor 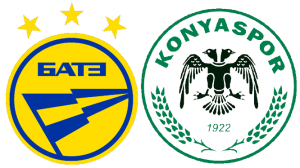 This fixture has been scheduled for BATE Borisov's home ground – the Borisov Arena.

Which side is the favorite to win this game?

Shockingly, BATE Borisov are a massive underdog in this match. Konyaspor are a huge favorite and we do not believe that it shows the real chances of the teams.