BATE Borisov will face Slutsk in the 9th round of the Belarusian elite league in a match that was postponed a month ago.

The new season in Belarus has been incredible with multiple equally strong teams in the championship race – BATE Borisov are one of those teams.

BATE and Slutsk have a lot of history between them and it has always been dominance from BATE's side. Most of the games between them ended with BATE Borisov scoring 3+ goals and not conceding any. Overall, there is a huge difference between the two teams. BATE Borisov have some extreme stats this season and the absolute best defense in the league. The team has conceded 5 goals in the first 11 games, so it will be surprising to see Slutsk score in this particular match.

This particular market means that BATE Borisov will lead the score at half time and then will win the game itself at full time. While the odds for this fixture are not yet available, we know that BATE are the big favorite and the odds for the regular full time result will have no value for betting. For this reason, we pick the HT/FT market, which will be available soon at higher odds. Slutsk are one of BATE's favorite opponents in the league and they always destroy them with a lot of goals.

Most of the teams in the Belarusian premier league take loads of corners per game. This is due to the style of play in this particular league. For this reason, corner bets are always a good idea. BATE Borisov have taken an average of 5.6 corners per game this season – the second highest in the entire league and an average of 9.4 per game overall in their fixtures. Slutsk have also had around 9.0 corners per game in their matches.

BATE Borisov finished at 2nd place in the previous campaign and they were truly incredible but not good enough. This new season has been better for now for them but the race for the title is even more competitive, with more teams that improved and joined the battle. As mentioned above, BATE Borisov have some unbelievable stats this season and the absolute best defense in the league – a goal difference of 19:5 in 11 games.

Slutsk have never been a contender for anything in this league but they are a regular team in the elite. Last season, they finished at 9th place and had a terrible goal difference – 36:44. This season has not been much different although their attack has improved significantly and they score more goals. The team remains in the middle of the table and has a goal difference of 14:14 after 11 games. Overall, nobody expects much from this team.

Top Betting Odds and Stats for BATE vs Slutsk

FAQs regarding BATE vs Slutsk 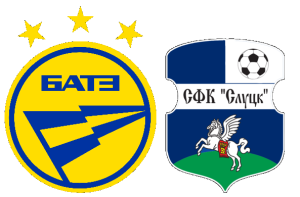 BATE Borisov are a contender for the title and are currently in 3rd place with 24 points. On the other side, Slutsk are in the bottom half of the table at 10th place and have 15 points.

This fixture has been scheduled for BATE's home ground – the Borisov Arena.