Benevento returned to the winning path after a series of games without success. Como have shown some serious improvement and did not lose a single game in their last five. This game is crucial for both teams.

Benevento and Como are within six points of each other and the three points here are important for both sides and for almost the same reason – their potential promotion to the elite.

Benevento and Como played a typical game in September that ended in a 1:1 draw. Even if this match proves to be different, we still expect that there will be few goals. It is important to note that both teams have predominantly had games with less than 2.5 goals. In Benevento's case, they have had a long series of 6 consecutive games with less than 3 goals. In Como's case, the team had 6 out of 8 recent games with less than three. We should also mention, however, that four of the last five games between these two teams ended with both teams scoring at least one goal. Consider the option for both teams to score and under 2.5 if you have that market on your favorite betting platform.

Benevento have been placed as massive favorites to win this match and it is rather odd given the performances of both teams in recent weeks. It is true that Benevento have been the better team overall this season but in the past two months, Como have been quite impressive considering their earlier performances. For instance, the team has not lost in five consecutive games and played well against all their recent opponents. Benevento had a good home run at an earlier stage but their did not win their two most recent home games.

Como are one of the teams that has taken the least corners overall this season. We also have to mention that 4 out of their last 5 games had less than 11 corners. It is more important, however, that Como give a lot of corners to their opponents while Benevento are one of the teams that has taken the most this season. We expect the hosts to have a bunch of those this game. Their seasonal averages in home games show 6.00 corners on average per game. On the other side, Como gave their opponents an average of 6.92 corners per game on the road, which is the highest in the league.

Top Betting Odds and Stats for Benevento vs Como

FAQs regarding Benevento vs Como 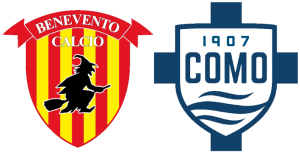 • In which places are Benevento and Como?

Benevento and Como are now relatively close to each other in the table with six points between them. Both teams are fighting for promotion. The hosts are 6th currently with 40 points while Como are 11th with 34 points.

This match will take place at Benevento's home ground – Stadio Ciro Vigorito, which has a capacity for 25,000 spectators.