Benevento and Cremonese won their recent matches on Saturday and remain among the leaders in Serie B. Now, the teams face each other to decide which side will take the top of the league.

Cremonese and Benevento have had almost identical seasons to date and are absolutely equal in strength and current form. Even their all-season stats are absolutely identical. This game will be unexpected and both sides have equal chances to win it.

We expect to see a difficult and low-scoring game as these two teams have the same ambition to win the championship. We expect more defense and fewer chances than usual, as well as one or two goals max. Both sides have not had a lot of goals overall this season – their stats are almost identical – 2.4 goals per game for Cremonese and 2.5 for Benevento. The hosts have had 9 games with over 2.5 goals while Cremonese – 11. Games between them have always been with few goals, with four of the last five with less than 2.5 goals. There is always a chance to see loads of goals in games between two strong teams but we think that Serie B has proven that this is a rarity.

While it seems like most games in Serie B have the potential to end in a tie, we think that Benevento and Cremonese might be one of the perfect examples. The two teams have had the same performance this season – their only difference is one win and a loss, and three points. Their goal stats are also the same – 41:23 and 40:23. Both sides are in perfect form and have been winning and drawing most of their games. Both sides are in perfect streaks and both have equal chances to win here. We expect that the points will be divided at full time. We should also mention that Benevento have not lost in three consecutive games against Cremonese. Also, Benevento were the first team to score in their games in 4/5 recent matches against Cremonese.

Odds are not yet available but we expect that there will be corners in this game as both teams take a considerable number. We expect strong defense, which often leads to a lot of corners on both sides. Here are some stats to make your decision easier – Benevento have taken an average of 5.85 corners in their home games this season while Cremonese – 4.54 corners on the road.

Top Betting Odds and Stats for Benevento vs Cremonese

FAQs regarding Benevento vs Cremonese 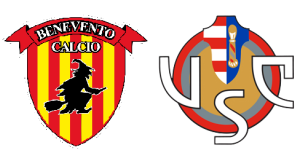 • In which places are Benevento and Cremonese?

The fight for the championship is absolutely mental this season – 26 rounds into the season, there are 5 teams within three points at the top of the league. Currently, Cremonese are the leaders with 49 points but Benevento are 4th and have 46 points, and the same goal difference. With a win, they will take over Cremonese.