Benevento returned to the winning path and have been the most impressive team in recent weeks while Crotone have already accepted that they are getting relegated at the end of this campaign.

Crotone are sitting at the bottom of the league while Benevento returned to the higher positions in the promotion zone. The hosts should take this chance to score three easy points and seal their position even more.

We generally do not expect to see Crotone score in this fixture. It is true that the visitors managed to score some goals in recent games but that mainly happened against weak teams on their level. Benevento have been the most impressive team over the past month and are coming into this game with four games without a loss, three of which they won. The hosts have also had less than 2.5 goals in eight out of their last nine games. They have one of the strongest defenses in the league – the second-strongest actually, so Crotone will have some serious difficulties.

We rarely see such low odds for a game in Serie B but it is obvious why – there is a massive difference in class here and it is apparent that Benevento should win this match without serious troubles. Crotone have not won in 10 consecutive games and overall have been the worst away team in the league. The visitors have won just 3 points in 14 fixtures and are yet to win a game on the road. Benevento have been one of the best home teams in the league this season and also the third-highest scoring side with 27 goals in 14 games. We expect them to win easily.

Top Betting Odds and Stats for Benevento vs Crotone

FAQs regarding Benevento vs Crotone 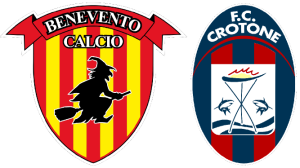 In which places are Benevento and Crotone?

Obviously, these two teams sit at the opposite ends of the table. Crotone have been the second-weakest team in the league for a while and they have just 16 points after 28 rounds. On the other end, Benevento climbed back to 6th place and currently have 47 points.