This preview is all about the game between Benevento and Sassuolo at the Stadio Ciro Vigorito on Monday night.

This Monday night game could potentially see Benevento being dragged back into the relegation zone. Meanwhile, Sassuolo are on the verge of dropping out of the top 10. The top tips for this game would be:

Benevento or Sassuolo are unlikely to take three points from this match given their poor run in recent weeks. Apart from the shock win over Juventus, Benevento have had little going in terms of results. Sassuolo’s only win in the last five games came against Hellas Verona. Both teams have not been at their best and they are likely to settle for a point.

Benevento has seen a sequence of four consecutive Italian Serie A matches where they have scored at least a goal. This run includes the match against Juventus. Meanwhile, Sassuolo also have been going through a similar run with the team being able to get regular goals out of players like Hamed Traore. It is unlikely that both teams are likely to see the run come to an end, as history has also shown that this fixture is filled with goals.

Sassuolo and Benevento might be in the lower levels of the Italian Serie A table on current form, but they have been among the goals – at both ends. Both teams are able to penetrate the opposition with reasonable ease and this fixture should produce goals at both ends. Sassuolo have ended up conceding two or more goals in the last six league encounters.

Sassuolo’s biggest problem has been shipping goals while it is the opposite for Benevento, who have only come up with five goals in the last six games. The team can always bring forward if they have a strong defence and Benevento have been conceding a two goals per game on average in recent weeks. The consolation for the hosts will be a fully fit squad.

It may be difficult for Roberto De Zerbi to stop his team from sliding down the league table. Sassuolo are ninth in the standings coming into this match, but the team could be on the verge of being overtaken by the likes of Sampdoria and Bologna in the forthcoming weeks. A key factor behind the alarming slump would be the defence, which has shipped a remarkable 14 goals in the last six games. A lengthy injury list also worries Sassuolo with the likes of Francesco Caputo, Domenico Berardi, Mehdi Bourabia, Filippo Romagna, and Hamed Traore unavailable due to injuries or suspensions.

Top Betting Odds and Stats for Benevento vs Sassuolo

FAQs regarding Benevento vs Sassuolo Coverage and Accessibility 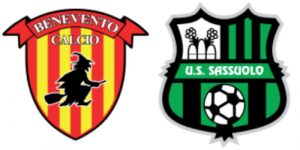 The Stadio Ciro Vigorito is the location for this match between Benevento and Sassuolo.

Sassuolo come into this game as the slight favourites for three points and they are priced at 21/20.