On the back of consecutive home wins, Benevento looks to continue their form in the next home game against Ternana. The Beasts dropped two points in the last meeting.

Benevento has won four of the last five league outings and registered three victories in a row in the home attempts. On the other end, Ternana have also got the momentum of successive two away victories. But the visitors won only one of the last three duels. In the H2Hs, the Sorcerers started their ruling and got the victory in all of the last three meetings. Benevento also jotted down wins in three of the four hosting duels against the Beasts. So the Sorcerers will be more confident in their home to get the lead.

Three of the last four H2Hs at Benevento’s home finished with a total of over 2.5 goals. In the recent games, the Sorcerers hit the target 14 times in the last five home attempts. While the Red and Greens have also found the back of the net 12 times in the previous five overall outings. given these incredible stats, we will be looking for a high-scoring total for this game

The Sorcerers got back to the victorious track in the last game against Pordenone, winning 1-4 away from home. Benevento has managed 18 wins in the season so far, along with nine draws and secured the fourth position in the table. Kamil Glik and Gianluca Lapadula will miss out on the game due to fitness concerns.

The Beasts played a dramatic game lastly against Frosinone where they lost the lead of 4-3 in the additional time by giving the penalty to the opposition, ending in a 4-4 draw. Ternana has made 13 wins in the 35 games of the season, but got the same number of defeats as well, getting eleventh in the table. The club gaffer Cristiano Lucarelli enjoys a fully fit squad ahead of this game.

Top Betting Odds and Stats for Benevento vs Ternana

FAQs regarding Benevento vs Ternana Coverage and Accessibility 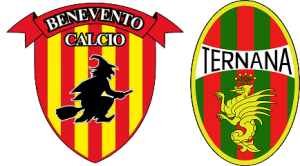 Who won the last Head to Head fixture? Benevento won with a 0-2 scoreline.