Saturdays Turkish Super League action is headlined by a clash between by Besiktas and Giresunspor. It’s a match that sees 9th take on 16th as both teams will be striving for a win to help lift them up the table.

Besiktas’ poor form continued thanks to a defeat by Ajax in the Champions League which made it four defeats in their last five games. It’s been a miserable start to the season for the defending champions as they prepare to take on Giresunspor who will be seeking a win to climb away from relegation. It’s hard to back Besiktas with any real confidence at the moment so we are backing Giresunspor to either win or draw this match at pretty decent odds.

Giresunspor despite their lowly position are certainly no pushovers away from home. In their last five away games only one game has exceeded over 2.5 goals and we think they could frustrate a desperate Besiktas side. With both teams needing a win this could be a cagey game and the smart play has to be on under 2.5 goals.

The Best Match Odds for Besiktas vs Giresunspor 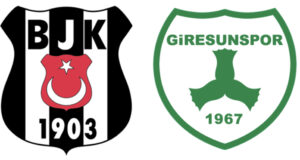 This will be the first meeting between the two.

What is the kick-off time for Istanbul Basaksehir vs Altay?