This preview aims to cover everything from the Flamengo vs Fluminense betting tips to predictions of this highly competitive game at the Estadio Jornalista Mário Filho (Maracana).

The Fla-Flu derby is one of the iconic meetings between two rival clubs. This is a meeting between crosstown rivals – Fluminense and Flamengo. It takes place at the iconic Maracana stadium and it consistently attracts crowds of more than 100,000. Both teams have had a rich history with numerous titles won on many occasions. Flamengo have been able to pick up the Carioca Championship on 35 occasions while Fluminense are not far behind with 31 wins. Therefore, a meeting between these two outfits is largely about the title more often than not.

Since the first meeting between Flamengo and Fluminense in 1912, there have been more than 400 Fla-Flu derby games. There is very little to separate the two teams in the head-to-head records, as they are closely matched with over 130 wins each. Yet, it is Flamengo who have the slender advantage compared to their rivals. In many of the recent meetings, Flamengo have come out successful while Fluminense have largely been able to smile only with a few draws.

Flamengo have had a decent run when it comes to home matches in the Brazilian Serie A. The team has been able to get a decent position in the domestic league as a result. A significant reason behind Flamengo’s decent run in the 2020-21 campaign has to do with the offence, which is one of the best in the league. Defensively, Flamengo have to improve a lot in order to catch up with the likes of São Paulo. After having scored more than 1.5 goals on average, Flamengo’s has been in good shape. 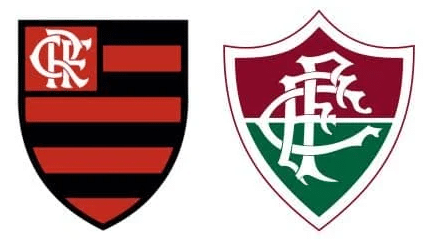 Flamengo have clearly enjoyed the upper hand when it comes to the Fla-Flu derby in recent years. They have been able to get some crucial results in home and away matches. The last three results have gone in favour of Flamengo. The defensive troubles faced by Fluminense would be a strong reason to continue expecting a result in favour of Flamengo, who are not far away from the top of the table. The best predictions for this game would lean in favour of a Flamengo win, which is at an attractive price of 11/13. This represents a payout of £18.47 with a £10 stake for the punter.

Flamengo to score in the second half

Flamengo have been one of the top-scoring teams in the Brazilian Serie A so far this season. The good run of form is likely to continue even in the derby even if this has not been a high-scoring encounter going by past results. It is quite interesting that a greater percentage of goals for Flamengo have come in the second half. The team tends to score more in the first and last 15 minutes of the second half. This is a significant show of better fitness levels, while Fluminense have been going through the opposite with less goals scored in the second. Our free tips would expect this trend to continue with Flamengo scoring in the second half and it can be backed at 10/11.

Place a bet with Betfred >>

The derby matches always tend to be a fiercely competitive game with more commitment rather than flowing football. Yet, there have been many high-scoring encounters between Fluminense and Flamengo. The offensive strength of the latter coupled with the defensive troubles faced by the former makes our preview go with a match that has over 2.5 goals. This can be backed at a good price of 8/10, which represents a return of £18 when the punter places a stake of £10 on this market.