Players and managers are usually known mainly for their deeds on the pitch. However, on numerous occasions, such people have managed to shine outside the football field with some inspiring, mind-opening but also bizarre statements. Take a look at our favorite quotes that span from the world of football.

“When I score I don’t celebrate. It’s my job, does a postman celebrate when he delivers post?” – Mario Balotelli.

Due to his attitude and behavior, the controversial striker has hit the media on the regular in the past decade. Viewed by some as a joker, a person who never fulfilled the immense potential that he has, we can't deny this piece of philosophy from the Italian.

“I’ve never scored a goal in my life without getting a pass from someone else.” – Abby Wambach

This next one comes from the gentle side of football – women's football with the legendary striker of the USA women’s national soccer team Abby Wambach. We have to agree that Wambach is onto something with this one here as she has scored quite a few goals during her career – 75 in 119 club matches as well as 184 goals in 255 fixtures with the USA women’s national team kit.

“Our country has been through difficult experiences in terms of unity. Sport — football in particular — has the power to help that. It is a special feeling.” – Gareth Southgate

Regardless of the situation, Southgate is fundamentally right about one thing – football does bring people together. It is one of the aspects of the game that makes it so incredibly unique and loved by fans all around the globe.

This one came out of the mouth of arguably Britain's greatest football pundit Ron Atkinson. The former Oxford City player has an extensive career both as a player and as a manager. However, he is also responsible for several mind-boggling comments like the one we mentioned. Here are a couple more that came from him:

“I would not say he's the best winger in the Premiership, but there's none better.”

And this one here:

“Well, either side could win it, or it could be a draw!”

You don't say, Mr. Atkinson. Despite the obviousness of some of his comments, we have to give it to Atkinson that most of these blunders came while he was commentating live.

“Yes, we were outplayed in certain parts of the field today, the big green area of it…!” – Gordon Strachan

This is the memorable answer that Strachan came up with when a journalist commented the following: “It looked like you were outplayed in certain areas of the field in today's game….”

“Sometimes in football, you have to score goals.” – Thierry Henry

The Arsenal and France football legend Thierry Henry surprised everyone when he came up with this. It must’ve come as a relief for his manager to know that Henry is content on what to do on the pitch.

LFC commentator Steve Hunter was at a loss of words just a moment after he managed to spill these. This is also the most recent quote in this article. Perhaps you already know where it came from, but for those unaware – these were the words that Hunter could grasp to comment on the moment in which Trent Alexander-Arnold and Divock Origi completed Liverpool's miracle comeback against Barcelona in the Champions League. 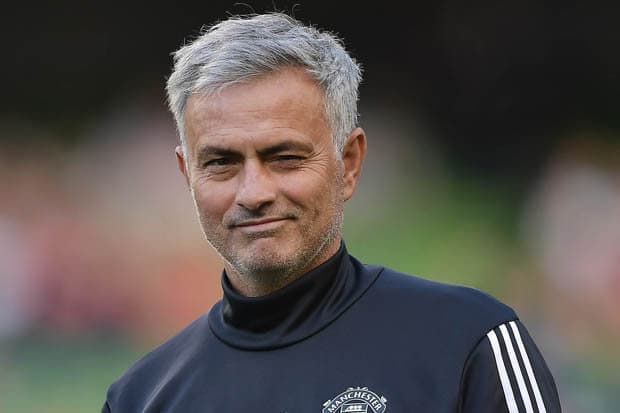 We all know that Jose Mourinho, nicknamed by himself “The Special One” tends to get ahead of himself because of his endless confidence. However, we cannot blame him for it, because he has the results to back his statements. Mourinho has so many bizarre quotes that are worthy of being added on here, but it would've taken over the whole article. It was hard to pick out the best, but here are some of our favorite Mourinho gems.

“I would rather play with 10 men than wait for a player who is late for the bus.”

Someone really has pissed Mourinho off for him to take this to the media.

“If they made a film of my life, I think they should get George Clooney to play me. He’s a fantastic actor and my wife thinks he would be ideal.”

This is yet another moment in which Jose perhaps gets over himself. He still hasn't thought about retirement but is already ready for a film about his own life to come out. However, Mourinho remains a gentleman, trying to fulfill all of his wife’s desires, including this ridiculous one. We have to admit though, after looking at pictures of Mourinho and Clooney side by side, we start to see the similarities between the two.

“I studied Italian five hours a day for many months to ensure I could communicate with the players, media, and fans. Ranieri had been in England for five years and still struggled to say ‘good morning' and ‘good afternoon.'”

This is how Jose replied after Claudio Ranieri criticized him all the way back in 2008. All in all, we have to agree that Mourinho is in the right here. Getting your ideas through the squad is one of the most important tasks of a football manager. What good is a tactic, if a player misunderstood his part in it.

“Would you phone the president of Ghana?”

Once again back in the day, a Ghanaian journalist spurted out a question that wasn't by Mourinho's taste. The journalist asked whether the football manager phones Roman Abramovich to check how he is and how he is feeling. Mourinho who seemingly knows who the boss is, decided to counterattack with his own piece of wisdom.

The best for last

“We have top players and, sorry if I’m arrogant, we have a top manager…. Please don’t call me arrogant, but I’m European champion and I think I’m a special one.”

This is undoubtedly Mourinho’s greatest ever quotes. This is the moment that gave birth to his nickname “Special One”. The statement came in one of the first press conferences that he ever gave when he took charge of Chelsea in 2004. He went onto back his confidence with the much-needed results as Chelsea went on to conquer the Premier League in the following two seasons.