This preview covers the top 3 tips for the Olympiakos vs Panathinaikos match which will be played at the Stadio Georgios Karaiskaki.

The derby between Olympiakos and Panathinaikos is seen as one of the fiercest in European football – or even the world. This derby is aptly named as the ‘Derby of the eternal rivals’ and it features two very successful teams from Greek football. The match is regarded as a prestigious rivalry and the upcoming game is not expected to be a slouch by any stretch of the imagination.

The matches between Olympiakos and Panathinaikos have taken place for more than a century. These two teams have met each other in a number of competitions but a vast majority have been in the domestic games. The Super League has often been the competition where the ‘Derby of the eternal rivals’ has played out. Olympiakos have the superior advantage with 40+ wins in the league compared to the 20+ wins achieved by Panathinaikos. Even in cup competitions, it is Olympiakos who have the upper hand.

Olympiakos come into the game with a decent run of form. The club has been quite inconsistent in the league and this has been the primary problem for the club. The major disadvantage for the club in this fixture will be their participation in the Europa League. After finishing third in the group that contained the top teams like Manchester City and Marseille, Olympiakos will be playing in the knockout stages of the Europa League. Apart from having to focus on players’ energy levels, the manager also has to focus on getting domestic results to keep his team in the best possible shape ahead of this encounter. 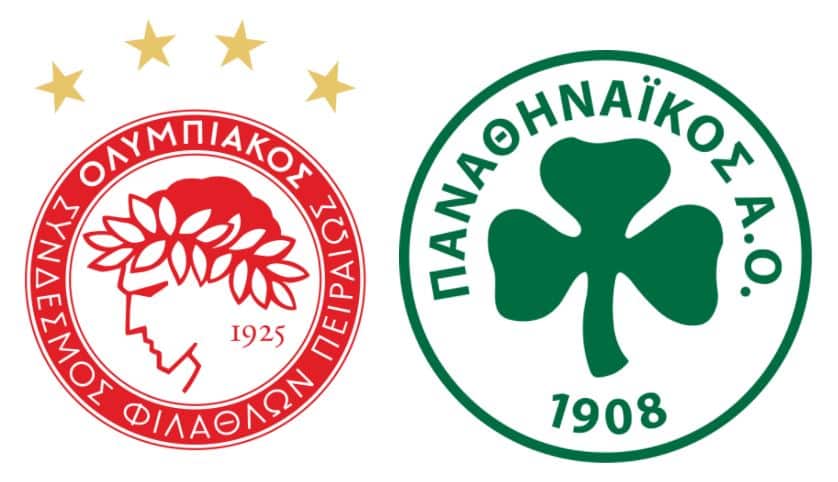 Panathinaikos do not have European distraction after the team finished outside the top three places last season. Still, it was a significant improvement compared to the 2017-18 and 18-19 campaigns when the team finished well below the expectations. The lack of European football could help Panathinaikos focus heavily on the league matches. It is yet to have its impact so far, as the team has been unable to pull together a string of wins that would see them move up the table. Despite having played more matches than teams above them, Panathinaikos continue to struggle within the top six places.

Place the bet at Paddy Power >>

Olympiakos come into this match with a formidable home record. Even though the club has the distraction of Europa League matches, they have been able to dominate recent home encounters against Panathinaikos. One has to head back to 2014 to witness Panathinaikos getting a league victory at the Stadio Georgios Karaiskaki. Due to the inconsistent form faced by the opposition, Olympiakos will be quite confident about getting three points even with European distractions in the way. A great option, as per our predictions, will be to go with a win for Olympiakos, which is given odds of 9/13. This gives a payout of £16.94 when the stake is £10.

There have been a decent number of home matches for Olympiakos where both teams have ended up scoring. Yet, this may not be one of those encounters with Panathinaikos struggling to get goals at the Stadio Georgios Karaiskaki. The last league goal scored by Panathinaikos on this ground was in 2018. Even though the visitors have improved a lot in the last couple of months, it does not still fill our free tips with a lot of confidence. Our preview would opt for one of the teams failing to score in the game, and this is offered an attractive price of 43/11. A stake of just £5 will be able to return £24.55 at these odds.

Place the bet at Ladbrokes >>

There have been a higher percentage of Olympiakos home matches that have finished with more than 2.5 goals on average. In fact, the last 20 matches have averaged more than 2.8 goals per match. Yet, there is little reason to go with a high-scoring encounter, as the ‘Derby of the eternal rivals’ has not seen many goals from the visiting team. Even if Olympiakos are good going forward, Panathinaikos’ offensive struggles– especially at the Stadio Georgios Karaiskaki – gives our preview a strong reason to back under 2.5 goals at odds of 27/50. A punter with a £10 will be able to return £15.41.