As you likely know, the AFL is the major league for Aussie Rules. This league has almost been in operation for 125 years, and it just seems that each season gets better and better. Of course, Aussie Rules is a hugely popular sport for Australian sports fans, but it’s also a hugely popular sport for sports betting too. This is the angle that we will be taking in the post, and we hope that our AFL predictions will aid you in making more informed bets ahead of the season. This is all done with the hope that your betting success will improve.

On the subject of the next AFL season, the good news is that the 2021 season is scheduled to go ahead as usual. This means that the first game should kick off towards the end of March 2021, and believe it or not, online bookmakers have already released odds for which teams are looking likely to lift the AFL title. While these odds might be somewhat speculative for the time being, it still gives punters like yourself an opportunity to lock in some huge value bets.

Without further ado, let’s now jump into the AFL predictions for the upcoming season.

*Odds can change, be sure to always check with the bookmaker before placing a bet

While the AFL season is still quite a way away, the betting markets are already shaping up nicely, and we have a few predictions to help you on your way. Naturally, the teams that we are predicting for AFL success will have different odds at each online bookmaker, but we will be showing you some of the best towards the end of this post. For now, let’s look into some of the more valuable bets you could make for this season.

To rewind the clock again here, Geelong fell agonizingly short last season when losing to none other than the mighty Richmond team mentioned above. They didn’t perform amazingly well in the regular season, not according to the early estimates anyway. However, Geelong still managed to sneak into the playoffs by finishing in 4th place, and as you know, they dominated their playoff games really. The team showed tremendous fighting spirit and actual playing abilities throughout the playoffs, and many thought that Geelong had what it takes to dispatch Richmond too.

As you know, this didn’t happen, but Geelong will certainly be hungry to go one better in the 2021 season. We’ve seen this time and time again in the sport, and no doubt, during the off-season the Geelong players will be working hard to hit the ground running when the first AFL games kick-off. In terms of the potential return on your wager should you bet on Geelong, there are many bookies in Australia that have priced them higher than 7.00.

This is huge considering that Geelong is pretty much the second-favourites for the title, so they could well be worth backing. 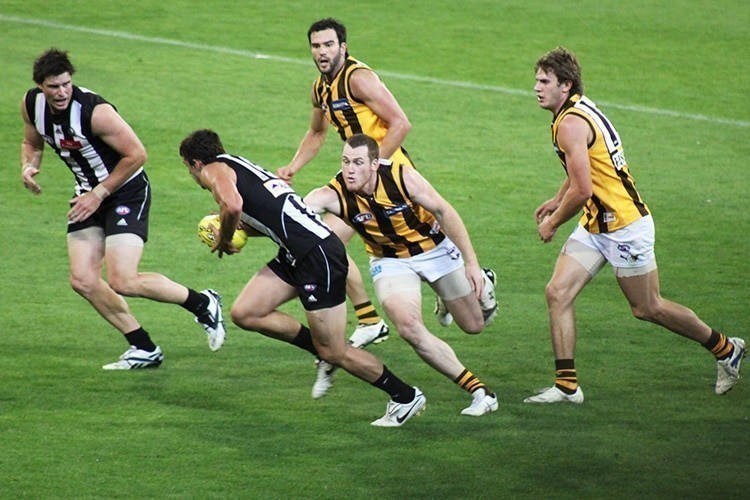 Naturally, with Richmond winning the Grand Finals last season they are heavily favoured by the bookmakers again for this season. In fact, most online bookmakers have them priced at more than 4.00, which is a rather reasonable return on your wager considering the likelihood of Richmond actually winning once again. Usually, we wouldn’t list the red hot favourites as a ‘value bet’, but in this instance, it does seem appropriate.

The Richmond team still consists of many of the superstars that helped them to achieve glory last season. And we have a feeling that they are more than capable of pulling this off once again for the 2021 season. As you might recall, Richmond looked rather impressive once the knockout rounds of the AFL commenced last year, and this showed that the team has belief in themselves and the technical abilities to back this up.

Following on from Geelong, we have the West Coast Eagles. These guys are true fan favourites out in Western Australia, and their enormous fan base will be hoping that the Eagles can take things a step further in the 2021 season. Although the West Coast Eagles qualified in impressive fashion for the finals last year, they didn’t perform anything like the fans had hoped for in the playoffs. With a rather surprising loss to Collingwood, the West Coast’s dreams of AFL glory were ended.

With that said, this potentially won’t have a tremendous bearing on the 2021 season. As you are aware, the 2020 season had some unfortunate interruptions and there were certainly some strange results going on, including this one. However, with a solid pre-season, not to mention the natural increase in the player’s appetites for success, we believe that the West Coast will outperform last season's efforts.

As it happens, the bookies have priced the West Coast in a very similar fashion to Geelong, who narrowly lost in the Grand Final last year. This suggests that the West Coast has a great chance of making it through the playoffs and potentially lifting the trophy, and at 7.00 odds or more at most bookies, why not take the punt?

Brisbane is quite an interesting one, as they remained consistent in both the regular season and the playoff games, yet the bookies have priced them higher than 8.00 for the 2021 season. Of course, a key few players aren’t expected to step onto the field for Brisbane next season, and we feel that this has had quite a bearing on the odds provided. For a team that managed to make the semi-finals of the playoffs in 2020, it is then hugely attractive to take them on at 8.00 odds at many leading bookmakers.

This is all the more tempting when you look into their regular season statistics. Brisbane had the exact same number of wins and losses as Port Adelaide, who finished in the top position for the regular season. This data alone shows us that Brisbane is one of the very best teams in the league, yet they are priced at almost twice the odds that Richmond is. This is something that we just cannot ignore, which is why we believe this is one of the top value bets you could make right now.

Last but not least, Port Adelaide is another one of our key AFL predictions for the upcoming season. Looking back into last season's statistics once again, Port Adelaide managed to top the table in impressive fashion. They managed to rack up a rather substantial number of wins, with 14 posted, and ultimately they managed to achieve 56 regular-season points. This was matched by just one other team in the form of Brisbane.

However, as promising as this was once the regular season ended, Port Adelaide failed to back this form up when it came to the playoffs. With that said, we believe that this was just an example of a sporting blip, and we feel that they certainly have a great chance of winning next season. And at 8.00 odds at most bookmakers, Port Adelaide just looks all the more enticing. 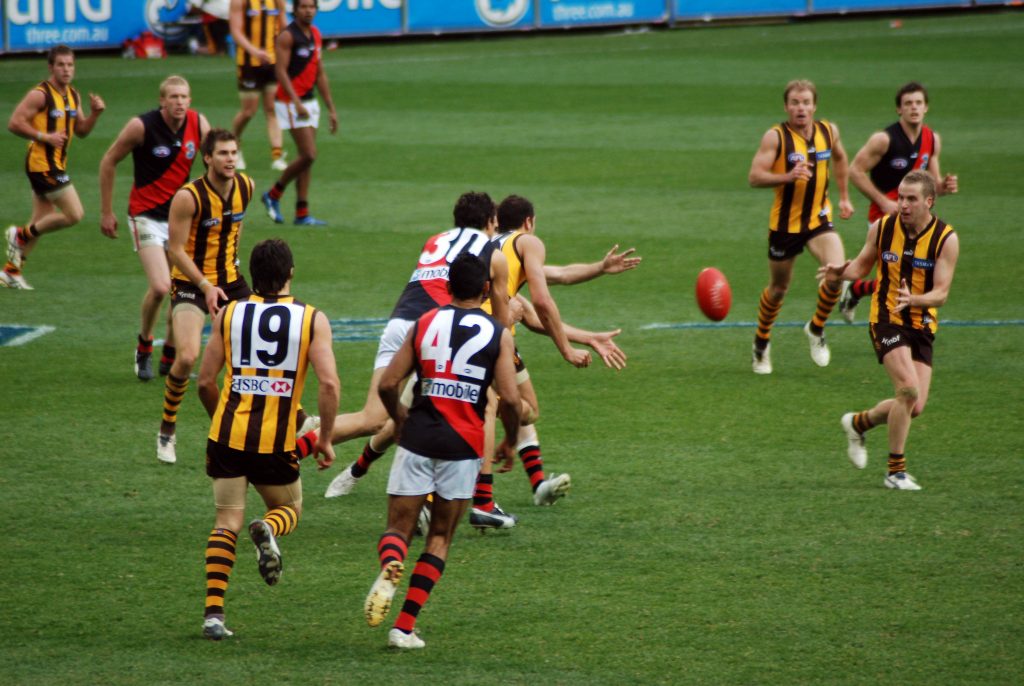 Where to get your bets placed

Now that we’ve run through all of the AFL betting tips for next season, let’s actually identify where you can make these wagers in the first place. It goes without saying that when betting on the AFL, it’s important to find betting sites that are licensed, reputable, offer decent odds and cover almost every (if not all) game. We’ve listed these betting sites below:

Neds has long been a favourite among Aussie punters, and specifically for AFL betting, it is clear to see why. Neds offers markets for all of the AFL futures we’ve talked about earlier in the post, and when comparing the odds to other sites, they are reasonably competitive. Neds also has a top-drawer mobile app that you can download and make wagers from, which is all the more convenient.

If regular sports betting isn’t really your thing, then the Betfair Exchange should definitely be a site that you check out. Here you can make a range of back and lay bets for the AFL, which is particularly useful once the season actually gets underway. Betfair is a pretty fast-paced betting site compared to some others, but after all, that’s what makes it exciting to use.

Finally, Ladbrokes is another top site to use for AFL betting. These guys offer a very diverse range of markets for the AFL, and the odds are generally quite appealing, especially for games involving top teams. Ladbrokes has already published the odds for its AFL futures markets, despite the fact that the season isn’t due to kick off for many months. This shows that Ladbrokes is on the ball, and of course, this brand carries one of the best reputations in the entire Australian market, which should be comforting for all.