Arsenal Live Stream: Where to watch online the Gunners Games?

If you’re an Arsenal fan, or if you are just a fan of watching great football being played, you’ll be pleased to know that it is now easier than ever to stream Arsenal games online. There are several options that enable you to stream Arsenal games for cheap and even free in some cases, and the quality of online streaming is just getting better all the time. Check out the main options open to you for streaming Arsenal games below. 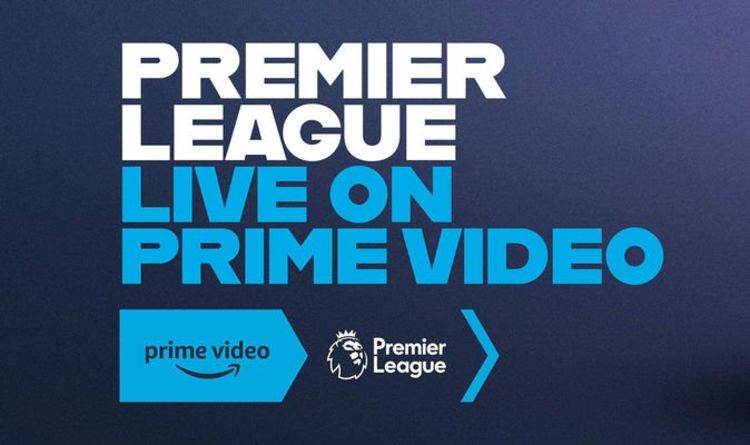 Out of all of the streaming options open to Arsenal followers, Amazon Prime is the one that has come on the most in terms of quality. Amazon actually only started to offer live streaming for sports in the last few years, and it originally kicked things off with coverage for top-level tennis. However, in 2020, Amazon started to offer live streaming for a few Premier League games too, which includes games where Arsenal is involved. To use this service, you’ll need to sign up for an £8.99 a month Amazon Prime account, which shouldn’t exactly break the bank.

The only thing with Prime is that you won’t be able to live stream every single game that Arsenal is involved in, as Amazon doesn’t have the rights to them all. With that said, the quality of the video stream that Prime offers is absolutely fantastic, and it’s one of the best we’ve seen without question.

One of the best places to live stream professional football these days is through online sports betting sites. Assuming that you are based in the UK, there are tonnes of options open for you concerning what betting site you can sign up with. It isn't a guarantee by any means that an online sports betting site will provide live streaming opportunities, however, if you stick with the very best sites in the nation, such as the ones that we have identified in this post, you won't go far wrong.

Much like Amazon Prime, however, you won't necessarily be able to live stream Premier League games when Arsenal is involved. This is purely down to the TV rights in the UK, but then again, you will be able to live stream Arsenal games when they are playing in other competitions. To add to the appeal of using online sports betting sites for live streaming, it is usually free and the quality is more than sufficient.

If you don't really feel like using Amazon Prime or signing up with an online sportsbook to live stream Arsenal games, you can always look into some of the alternative streaming sites that are out there today. You can find these sites all over the internet, and a quick Google search will reveal plenty of sites for you to choose from. With that said, there are no guarantees as to the legal status of these sites, and the quality of the streaming can definitely leave a lot to be desired at times.

Getting signed up with an online sportsbook

With online sports betting sites being our number one suggestion, it is important that you are aware of how you can get started with these online sites. That's why we have put together a quick step-by-step guide below.

What competitions do Arsenal play in

Arsenal is a highly active club concerning what leagues and competitions they are participating in. This is obviously a positive thing for when you're looking to live stream as many of their games each season as you can. That is why we have identified some of the top competitions that Arsenal takes part in below, and you should make sure that you take note of these so that you do not miss the games when they come around.

The main event that Arsenal is guaranteed to be involved in every season is the Barclays Premier League. Arsenal has been involved in top-flight English football for a long time now, and they have had many successful years at the top of the game. To this day, they are still searching to add to their Premier League titles.

Arsenal typically performs quite well in the FA Cup every single year. You don't need to look much beyond the previous year to know that this is the case, as Arsenal managed to win the trophy thanks to some stellar performances.

Out of all of the London based clubs in England, Arsenal is one of the best. This is a club where the fans expect great things, and there is a lot of pressure on the players to perform. Arsenal has historically been one of the top clubs in the Premier League, but they have had a bit of a decline over the last few years. Following the departure of the legendary Arsene Wenger, Arsenal has gone through some turbulent times.

With that said, it seems to be a common trend in the Premier League that when a long-standing manager departs, it takes a while for the club and players to readjust. At the time of writing, it would seem that Arsenal is starting to show signs of recovery, as they managed to claim victories over clubs like Manchester City and Liverpool, not to mention their impressive FA Cup victory too.

There are still some fantastic players that play at this club too, with the likes of Ozil, Aubameyang, and several others. So as you can see, Arsenal is a club that is definitely worth getting excited about, and in 2022, there are many ways that you can live stream these games online. We will be discussing this in-depth through this post, but for now, let’s look a little closer at the key players.

Arsenal might not be absolutely loaded with superstars, as clubs like Manchester City and Liverpool are, but they still have some great talent in their squad.

As one of the best strikers in the league, not to mention the fact that he is the captain of the team, Aubemeyang is undoubtedly Arsenal's star player. This guy has absolutely incredible pace when attacking, and his ability to find the back of the net is just unreal. Things are looking like Aubemeyang will be at Arsenal for several more seasons too.

Ozil has had amazing international success with Germany, and his skills have also proved to be very useful at Arsenal too. He is an amazingly composed player, and his vision combined with his creative passes have made him a real asset at the club. He primarily plays as an attacking midfielder, but he sometimes gets out on the wing too.

Willian is the newest addition to the Arsenal squad, having joined in this year's transfer period. He joined the club from London rivals Chelsea, and this guy's skill and pace when on the ball is something that is just a sight to behold. But after all, can you expect anything less from a Brazilian international?

There is no denying that Arsenal is a fantastic Football Club to watch if you're looking to enjoy some top-level football. The team right now is full of superstar players, and given that Arsenal is starting to show signs that they can make it back to the very top of the game, it's a great time to see what this team has in store.