This round's Europa league ties are going to be over soon but not before we see half of the participants eliminated. Arsenal and Benfica could not beat each other in the first leg but it's time for the final showdown.

Our crew has looked into the match and we have found some value in specific betting markets. See our top tips on the game below.

Arsenal vs Benfica: Which are the top betting tips?

These are our betting predictions on this last 32 clash:

How has Arsenal performed in all competitions lately?

Arsenal started off 2021 with a bang as the team spent the full month of January without a loss. However, the last 2 competitive games of the Gunners haven't been all that impressive as they lost to man City at home and drew an away game against Benfica in the Europa League.

Still, this last result we mentioned puts Arsenal in a good position against the Portuguese team in this second leg as they will have an away goal in the bank. Arsenal plays better at home and this match will be on a neutral venue which is definitely not optimal.

Benfica hasn’t lost since the 1st of February and that makes it 6 consecutive matches without a defeat. The last three, however, were all draws, and Benfica hasn’t had a lot of success putting the ball into the net. Over those last 6 games in which the team has been undefeated, they managed to score only 7 goals. This is 1.1 goal per match. 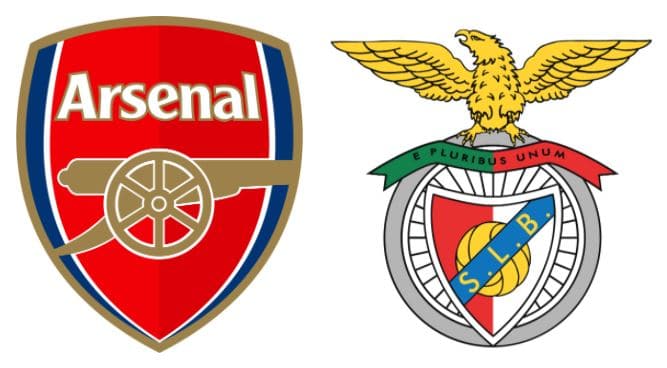 The top three free tips by our experts

This prediction rests mainly on the fact that Arsenal isn’t in such a bad form that many people think. Yes, they lost to man City at home, but it is easy to see that it was a ‘’trap game’’ for the Gunners as they played the Citizens between the two EL legs against Benfica.

Also, the Portuguese teams aren't very good when playing internationally away from home. They have won only four of their last 22 matches on the road in European tournaments.

At first glance, it appears that Arsenal scores a lot of goals in the Europa League. They actually do. The Gunners have the highest average in the tournament with 3.0 goals per match. However, we have to take into account that Arsenal demolished teams such as Molde, Dundalk, and Rapid Vienna in the group stage.

Benfica has allowed only 4 goals in their previous 9 competitive matches. This is quite an achievement and should help the score remain low.

No team has kicked more corners in the Europa League this year than Arsenal. They average a whopping 7.86 corner kicks in the tournament. During the first leg between Benfica and Arsenal, there were only 7 corners kicked.

This time we expect to see more attacking football and more risk-taking. This won’t necessarily result in goals but should lead to more corner kicks. There is value in that line.