Chiangrai United play their second game in Group H of the AFC Champions League against Tampines Rovers. Both teams have lost their first game and look to recover ground on Monday 28th June 2021. More details in our preview.

After carefully analyzing this fixture, we have arrived at the best three prospective outcomes. Our predictions contain no bias and feature detailed analysis. Take advantage of our predictions with William Hill as follows:

The above odds are correct at the time of publishing this preview. Please visit the bookmaker for the latest odds.

Chiangrai United to open the scoring

While both sides look set to score in their second game in the AFC Champions League group stage, Chiangrai should fight the net find in this fixture. The Thailand outfit has lost only twice in a similar fashion of 2-1 in their last ten matches. On the flipside, Singaporean side, Tampines Rovers, have lost four games in their last ten games, conceding a total of 12 goals in all those losses. The last ten fixtures for both sides also show that the Tampines Rovers have conceded an average of 2.5 goals per match, which is way above a goal conceded per match by Chiangrai United.

We expect a high-scoring fixture

Given that we are backing both teams to score and also noting that Tampines Rovers have some defensive nightmares, this fixture should see at least three goals. Thai’s Chiangrai looks better defensively but have only kept two clean sheets in their last ten matches. Tampines Rovers have failed to prevent opponents from scoring in their last ten matches.

Game Preview: Which Side Will Recover From An Initial Setback In The AFC Champions League?

This match is all about recovering from losing the first match in the competition. The question is which side has the advantage to get some points in this fixture?

Chiangrai United started their AFC Champions League with a wrong footing when they fell 2-1 to Jeonbuk Hyundai Motors. They had a total of 11 shots, three of which were on target. However, Brazilian forward, Bill, could not get a shot on target and was evidently out of form in the first game. Bill picked a yellow card at the 33rd minute but played the whole 90 minutes. Chiangrai United was outdone in the left-wing, an area that head coach, Alongkorn Thongaum, should improve before the Monday 28th June fixture against Tampines Rovers. The Thailand tactician has been in charge five times and averages 1.40 points after 2W, 1D and 2L.

A 2-nil defeat to Gamba Osaka in the first game of Group H may have been a huge setback for Tampines Rovers but the Singaporean team was the better side in ball possession. However, they only managed two shots on target at Lokomotiv Stadium despite having 58% of the ball. Defenders Mandhu and Irwah Shah did not inspire much in their first game and so was twenty-six-year-old Montenegro forward, Boris Kopitovic, who failed to convert his only shot on target. For head coach, Akbar Nawas who averages 1.45 points after 45 games, getting the victory in the second game of the competition boils down to having more men going forward.

Our handpicked bookies in the UK with the best odds should further help you get the best prices for your bets in this fixture. 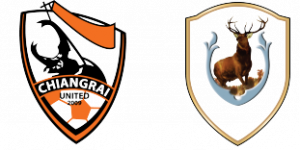 Which stadium will host Chiangrai United vs Tampines Rovers fixture?

What is the kick-off time?

What is the fixture date?