This Chivas vs Club América betting tips preview aims to bring to you our top 3 predictions of this El Súper Clásico game to be played at the Estadio Akron.

*Odds are subject to change

Club Deportivo Guadalajara, who are also known as Chivas, and Club America are incredibly popular clubs in Mexico. They have also been immensely successful. It is not a surprise that the match between these two top clubs is referred to as the El Súper Clásico. This is considered as one of the biggest rivalries in this part of the globe. Since the first meeting in 1943, El Súper Clásico has gained a lot of significance amongst fans so much so that it is now popular outside Mexico.

There have been more than 235 games between Chivas and Club America. The latter has ended up being more successful in the head-to-head meetings. A sizeable number of games between these two clubs have finished as the stalemate, which should not come as a surprise given the highly competitive nature. Chivas trail Club America in the overall head-to-head standings after only picking up 75 wins. Remarkably, Chivas have also been unable to exercise home advantage against Club America as it is extremely tight between the two clubs in matches at the Estadio Akron.

Chivas have so far had a tough time in the 2020-21 Liga MX season. The club has finished outside the top four places in the Apertura campaign. Still, the club managed to reach the semifinals of the Apertura play-offs while overcoming Club America on the way. This victory will give a major boost to the confidence since the team has been able to get a string of positive results against their rivals. The last few years have been very inconsistent for Chivas, whose fifth-place finish in the 19-20 campaign is the best result. 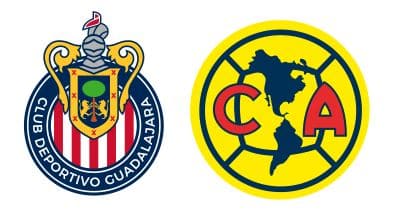 After a strong finish to the Apertura campaign, Club America would have been hoping for a better outcome in the play-off stages. After being knocked out in the quarter-finals at the hands of rivals Chivas, there will be a strong motivation from Club America to do well in the forthcoming El Súper Clásico. After having enjoyed strong finishes recent campaigns, Club America are in line for showing further improvement under the regime of Miguel Herrera.

Add to the Unibet Betslip >

Club America have had the better of Chivas in recent years, but that trend has changed following the back-to-back wins for the latter. The dynamics of the games has shifted substantially even if Chivas went through a disappointing apertura campaign before concluding the play-offs with a strong finish. This strong finish will ultimately pave way for a psychological advantage in the El Súper Clásico. Since there is little to separate the two teams, home advantage will have a greater impact in this match. Our predictions for this encounter will be a home win and Chivas can be backed at 4/3 for a win.

There have been some changes for both teams coming into the match. Club America might have done well in the head-to-head meetings with Chivas, but the disappointing play-off loss a few months ago will have a psychological blow. Club America will be trying to play it safe, but they have shown in the past that they are capable of scoring in away games against Chivas with greater success. Christian Calderon was influential in the play-off game against club America. He has been sent out on loan to Tapatío to further improve his game. Since both teams are offensively strong enough, our free tips would back both teams to score, which is available at an attractive price of 8/11. This would give a return of £17.30 when placing a £10 wager.

Add to your Ladbrokes Betslip >

The recent games between Club America and Chivas have been tightly fought when it is at the Estadio Akron. It has been the opposite when matches take place at the Estadio Azteca. Since this fixture will be at Chivas’ home, the predictions are for a low scoring game which can go either way. Chivas will be in a better psychological position coming into the game, while Club America seek revenge for the play-off defeat. This preview sees a lot of value in going with under 2.5 goals, which is priced at 13/10. This would mean that a punter who places a £10 wager on this selection will be able to get a return of £23 if the bet is successful.