Cittadella turned things around for themselves after they finished with a win in their last game. Prior to that last game, they've been struggling with a streak of draws which has caused a threat to their position in the standings. For Ascoli, they have had more wins than draws in their last five games. They seem to be serious about moving up the table and have been giving their best to secure their spot. Read our expert predictions and find the latest odds for the fixture below in our match preview.

After sealing a draw in their last game, Ascoli will be looking to get back to their winning ways as they go heads on with Cittadella.

In the last five games, Ascoli have won three games and sealed a draw for two games. On the other hand, in the last five games Cittadella have played, they have won two games and sealed a draw for one. Within the last two years, both teams have been paired against each other five times. In those five match-ups, Ascoli have won three times, while Cittadella have only won once. Given their history and the current form of both teams, Ascoli are better positioned to win.

Ascoli to win either Half

Top Betting Odds and Stats for Cittadella vs Ascoli

Ascoli have shown great prospects in their last five games by winning three. On the flip side, Cittadella have been battling with more draws. Though the hosts are a tough team to beat, given past records, Ascoli are likely to come in front. The best option to back for this game is both teams to score, given how competitive this game promises to be.

FAQs ahead of Cittadella vs Ascoli 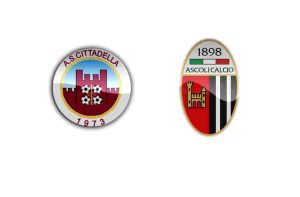 We recommend using NetBet for Cittadella vs Ascoli