Pisa currently occupy the top two spots of the Serie B table and any slip up from them could send them down lower on the standings. Como on the other hand are comfortably in the second half of the table and seem to be finding it difficult to win games lately. While Pisa is a top dog currently in the league, Como are equally no small fish to fry. Hence, the match leaves a lot of possibilities open. Read our expert predictions and find the latest odds for the fixture below in our match preview.

After sealing a draw in their last game, Pisa knows how detrimental another draw would be for them. Hence, they will be playing hard to seal a win. Como doesn't seem like they would make it easy for them.

In the last five games, Pisa have won two, sealed a draw for two games and lost one. Como as well have won two games, sealed a draw for two games and lost two games. However, the last time Como won a game was in their last four games. Regardless, Pisa who had been struggling with draws for a while seem to be back in form as they had a back-to-back win before playing a draw in their last game. Losing or playing a draw in this game will be a very costly mistake for Pisa and they know too well not to make that happen.

As we have already established earlier, Como are a very tough team to beat, which explains why they have played both teams to score in all of their last five games. It even reflects in how slim the margins can be when they lose too. For this game, while Pisa stands a good chance to win, Como won't allow that to happen without a fight. Both teams scoring might be highly likely for this game.

In Como's last five games, they have played over 2.5 goals in four of them. Interestingly, in most of those games, they tend to contribute quite a number of goals. While Pisa are not known to score many goals, with an attacking side like Como, they know outscoring them is the best way to win. This makes over 2.5 goals a very likely possibility for this game.

Top Betting Odds and Stats for Como vs Pisa

Pisa seem to be bouncing back from their streak of draws and are coming back to their winning ways now that it matters most. Como have so far played fiercely to make winning them a very tough possibility. Looking at how competitive this game is, both teams scoring seems highly likely for this game.

FAQs ahead of Como vs Pisa 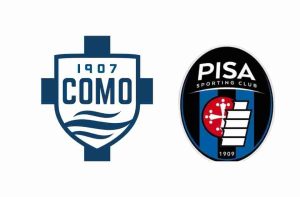 We recommend using NetBet for Como vs Pisa