Cremonese will be looking to ride on their win last time out, after playing so poorly in the last two games before that. So far, Crotone have been uninspiring with four straight losses. A win for the hosts could be all they need to move from the sixth position to higher up the Serie B table. There is a lot to play for in this one. Read our expert predictions and find the latest odds for the fixture below in our match preview.

After sealing a win in their last game, Cremonese will be eager to stay on track.

In the last five games played, Cremonese have won two games, sealed a draw for one game and that one. On the other hand, the visitors have lost four games, with the other ending in a draw. Currently, the away team is struggling. It would also suffice to add that winning this match is very important for Cremonese. A win for them could push them higher up the table and we don't see them wasting that chance. Hence, backing the hosts to win seems like a likely possibility for this game

Top Betting Odds and Stats for Cremonese vs Crotone

Cremonese are the favorites to win this game. Though they haven't been spectacular in their last five games, they seem to be in better form than the away team. Looking at the last five games of both teams, they both have a low tendency to score goals. This makes the under 2.5 option the best to wager for this game.

FAQs ahead of Cremonese vs Crotone 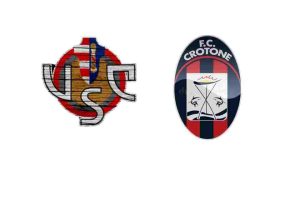 We recommend using NetBet for Cremonese vs Crotone