Frosinone have plunged down from the 4th spot of the Serie B table to the 7th within a week, as a result of two straight draws. On the other hand, Ternana seem to be finding their feet after sealing a win, subsequently after playing two straight draws back to back. For a game like this, there is a lot to play for. Read our expert predictions and find the latest odds for the fixture below in our match preview.

Frosinone will be looking to get back to their winning ways after sealing three consecutive draws.

Frosinone have never found it difficult winning when you look at their head-to-head from 2017. Since 2017, they have been matched up against each other five times. In all those times, Frosinone won thrice, Ternana won once and one of the games ended in a draw. One thing has always been consistent though from their head-to-head, Frosinone always wins when playing from home. For this game as well, they will be playing from home and it looks highly likely they would win too.

Frosinone is one team that do not hold back on goals, and it tells in the scoreline of most of their recent games. Ternana on the other hand have shown impressive goal scoring potential so far. For a game like this, in order to win, the teams have to strive to outscore each other. Considering that, over 2.5 goals seems like a way to go for this game.

Top Betting Odds and Stats for Frosinone vs Ternana

Frosinone are clearly the favourites to win this game. Their fall from glory is something they are not proud of and will want to use this game as an opportunity to get back on track. Not to mention that they seem to be stronger when playing from home.

FAQs ahead of Frosinone vs Ternana 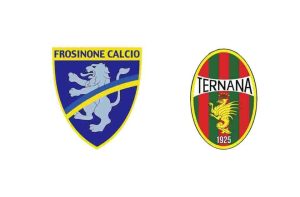 We recommend using NetBet for Frosinone vs Ternana