We travel to the Rhein Neckar Arena for this betting preview, where TSG 1899 Hoffenheim take on the challenge of Marco Rose's resurgent Borussia Monchengladbach in the Bundesliga.

Marco Rose's men have finally put their woeful losing streak behind them, with three wins and a draw from their last four games. They will have a tricky task on their hands as they take on Hoffenheim at their own turf. However, the hosts are on a five-match winless run, which has seen them slip to the bottom half of the table. The poor form of the hosts gives confidence in Gladbach claiming their second win in three games on the road.

Hoffenheim will enter the Rhein Neckar Arena on the back of two goalless shutouts against RB Leipzig and Bayer Leverkusen. Die Kraichgauer were the underdogs in the two games and showed they can absorb pressure. They will now come face-to-face with a side that likes to concede goals as much as scoring. Moreover, history is on the Over 2.5 coming true with four of the last five H2H meetings seeing three or more goals.

There have been three clean sheets in TSG's last five meetings. However, these were against clubs that were above them in the points table. Against teams on equal footing, Sebastian Hoeness' men let loose, with goals observed on both ends of the pitch. With both sides needing points for a strong finish to the season, expect the scorers troubled by both sides during the 90 minutes of regulation time.

Sebastian Hoeness's men finished the coronavirus marred 2019/20 campaign in sixth place. The added fixtures have taken their toll on Hoffenheim, who have struggled for consistency in the current campaign. Such has been the dismal form that they have only scored twice in their last five games. Hoesness needs to address their decline or the seemingly distant relegation-playoff slot will come a lot closer. The hosts need Andrej Kramaric to find his scoring boots again as the Croatian has failed to score in his last six appearances.

Rolf Königs had great news to share with Monchengladbach faithful about the imminent arrival of Adi Hutter to Borussia Park. The Colts have finally found a suitable heir to the outgoing Marco Rose, who should be able to build on their achievements. Hutter will surely have a relaxed dressing room at his disposal, one that does not have the marks of their seven-match losing run. Gladbach are on a five-match unbeaten run and this has coincided with Lars Stindl and Co. finding their scoring shoes again. Stindl is again receiving treatment but Marcus Thuram and Jonas Hofmann should be available.

Top Betting Odds and Stats for Hoffenheim vs Monchengladbach

FAQs regarding Hoffenheim vs Monchengladbach Coverage and Accessibility 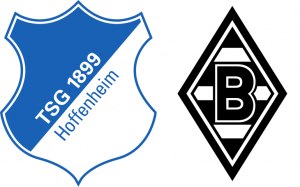 The match will take place at Rhein Neckar Arena.