This article will be about the upcoming match between Laci and Petrocub, so scroll down to find the top free betting tips and predictions for the event.

After going over the Laci vs Petrocub match, we came up with the top three best betting tips for the match below. The odds above that are from SBK Sportsbook were correct at the time of writing. Please, check your bet slip before confirming or betting anything.

There have been a lot of clean sheets for both Laci and Petrocub recently. Starting with four of the last five matches for Laci and the last five games for Petrocub. Besides that, the only time these two teams played together none of them scored during the game, so a clean sheet is a likely outcome for this Thursday.

Laci's Klinti Qato got injured at the end of June with a cruciate ligament injury and won't be playing this week. We don't think that they are in the best form to beat Petrocub even if they will be hosting the game this Thursday.

In our opinion, Petrocub is in a better form and position to beat Laci even though they won't be hosting the game itself. They also don't have any injured or suspended players right now, so they will be facing their opponents at 100% this week.

Scores and Statistics for Laci vs Petrocub

These are the most recent and important statistics for the upcoming Laci vs Petrocub fixture, including the top odds from popular bookmakers. 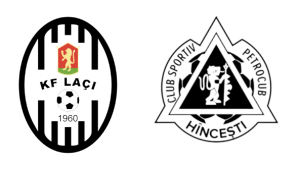