Libya faces Gabon in the World Cup qualifier fixture organized by CAF in Africa. They are drafted alongside Egypt and Angola in Group F, which makes Group F one of the toughest in the campaign.

Our soccer predictions have no bias and are based on extensive research and analysis. Here is how we are tipping these teams to perform against each other on matchday:

Note: The odds for this fixture are from William and are correct at the time of writing this preview.

Gabon is our favourite team to win this game. The visitors have had a better run of form compared to Libya in recent games. Libya comes to this game with four losses in the last five games, which include a fixture against Sudan. On the flipside, Gabon has 2W and 2L in the last four games. The visitors are likely to score first in this match given that they also have a better scoring record in the last ten matches than Libya.

We don’t think there will be lots of goals in this match. A low scoring trend is a plausible outcome in this game based on previous meetings between these teams. In three meetings, the most goals scored in a match were two goals. The other two games had one goal each.

Libya and Gabon will meet for the third time in a world cup qualifier match. The first meeting was at home to Libya in June 2008 and the second meeting in October the same year. Find out more in our match preview.

When Libya hosted Gabon in 2008 for the first leg of the Group 5 World Cup qualifier match in June 2008, the hosts won 1-0. Gabon would later replicate a similar feat in October, the same year. However, things have gone downhill for Libya in recent years. The hosts are currently ranked 122nd on the FIFA list, dropping three points in the last year. Moreover, Libya's poor run of form is another big worry for the hosts as they prepare to host Gabon for the 2022 World Cup qualifiers. The hosts have lost all their last four games and failed to win in the last eight matches of 2D and 6L.

Gabon is currently position 85 on FIFA rankings after climbing three places in the last year. Notably, the visitors have continued to improve and could be a big threat in group F. While two victories and three losses in the last five games may not be an impressive record but the fact that Gabon has been more consistent in scoring than Libya means they are a worthy opponent in this matchup. 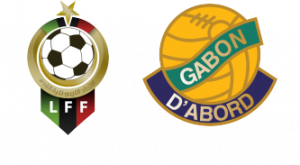 Who is Libya’s head coach?

Who is the head coach for Gabon’s national soccer team?

Patrice Neveu from France is the head coach for Gabon since May 2019.

When is this match taking place?

The game is scheduled for Wednesday 1st September 2021.