We can’t wait for the next clash between these teams, can you? Check out the tips and predictions for Liverpool vs Manchester City right here.

Top Operators to bet on the game If you choose to sign up with Paddy Power, you will be treated to a risk-free first sports bet of £10 in value. This can be used on absolutely any of the sports at Paddy Power as listed in its sportsbook, and it's a great way to kick things off quickly with this brand.

Betfred actually has £30 in free bets available to new players. There is just a £10 wager requirement prior to receiving these free bets as well, which makes Betfred very competitive in the market.

By signing up with bet365, all new customers can take advantage of the highly lucrative welcome offer. As you can see on the main bet365 site, this offer seems to blow other bookmakers out of the water in terms of the value provided.

When these teams clash next, who is favoured to win will greatly depend on which team is at home. Of course, it will also depend on any transfers that take place between now and the next game, as well as the form that the team might be in. After the 4-0 thrashing that Manchester City gave Liverpool in the last game, they could be favourite.

When the Premier League's games are next announced for the 2021 season, Betfred will be a bookmaker that is sure to have some great odds for this game. We do not know yet who will be home or away, but Betfred is likely to have some bonus bets based on who the winner will likely be.

Bet365, as one of the most superior betting brands in the UK, is definitely a site to frequent if you want to find the best odds. You will also be able to bet on more than 100 in-play markets when Manchester City and Liverpool next play, and we cannot wait for it.

Who will win the Liverpool vs Manchester City?

Why is Manchester City the favourite?

Well, the main reason that Manchester City could be the favourite is that they gave Liverpool a bit of a lesson in the last game. After Liverpool was crowned champions, Manchester City went on to beat them 4-0 at home, which was an absolute destruction. Whether they can replicate this form again when they clash, remains to be seen, but it will certainly give them a great deal of confidence going into the next game. 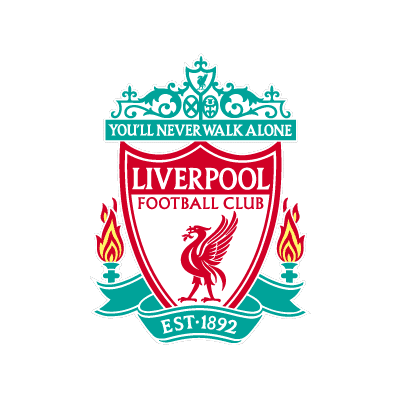 These teams are so evenly matched that it could be Liverpool who is the underdogs to win in the next game. This will certainly be the case if the next game is over at the Etihad in Manchester, although this will not be until next season.

Just like at Liverpool, if Manchester City ends up being the away team during the next clash of these guys, they are sure to be the underdogs. This is especially true given that Anfield seems to be a bit of a fortress for Liverpool recently.

Between the three bookmakers that we have talked about so far in this post, we will say that bet365 is the bookmaker with the best odds. It's not that Paddy Power or Betfred do not offer appealing prices for this game, it's just that bet365 seems to offer more bang for your buck overall. This is true for the main moneyline markets, and for many of the other bets that you can make on this game.

Most common bets of Liverpool vs Manchester City predictions This is one of the more popular bets to make in UK football in general. Punters tend to combine both teams to score bets into accumulators all the time, but this bet can also be made on individual games as well. There's so much firepower in the Liverpool and Manchester City squads that this is always going to be a decent bet to make.

If you feel like playing things a little riskier, you can always bet on who will emerge victorious in either half of the game. As an example, if you know that Liverpool are quick starters at home, it might be a good idea to bet that they will win (on the score) the first half.

Here we have another market, this time on goal scoring, and you can always bet on how many goals will be scored in total for the game. You can often find more appealing odds here compared to the both teams to score market, which is why it is a common type of bet.

With players like Aguero and Mo Salah involved in a Manchester City and Liverpool Clash, it is a fairly safe bet to say that some goals will be flying in. The real value lies in which exact player will actually be the top scorer on the day, which is exactly what this market is for.

To have an assist (Yes/No)

This is a market that has also been growing in popularity of late. Basically, if you know that a player is fairly good at setting up goals but not necessarily scoring them, you may want to bet whether they will have an assist or not.

A red card in the game (Yes/No)

When Liverpool and Manchester City play, it can often be the case of first against second. Tensions can be flying high, and if things become a bit ropey during the game, you might just see a red card fly out of the referees pocket.

Either team to keep a clean sheet

If a goalkeeper is in good form, this is also a market to pay attention to. Historically, when these guys have played, a clean sheet doesn't always materialize, but if you feel like it, when they play next you may just get quite high odds.

When these teams come together to play, you will see some of the best strikers in the Premier League out there on the pitch. For that reason, it's good to see the odds for what player is listed to score anytime.

It’s always going to be a close contest when Manchester City and Liverpool play, in theory, but if you want to play things a bit riskier you can always go for a spread. This is where you can bet that the favourite will win by a certain amount of goals, but you can also bet on the underdog for goals too.

This is the most common and easiest market that you can bet on. A moneyline bet is simply where you bet on either team to win, or bet on a draw.

What is Liverpool vs Manchester City outright betting?

Outright betting is where you are actually betting on the winner of the Liverpool vs Manchester City game, and it is the most common market by far.

Who will win this clash?

This is tough to say, although we would generally lean towards the home team as being a favourite to win.

How to bet the game?

If you want to bet on Liverpool vs Manchester City, you need to sign up with a bookmaker so that you can make a bet.

Where to bet on Liverpool vs Manchester City?

After you sign up with a bookmaker you will be able to bet on Liverpool vs Manchester City – the markets will be displayed in the sportsbook.

Are there any free bets ?

Yes, but since this an individual game, you might only get a free bet for the in-play markets.

Where is the Liverpool vs Manchester City game?

The game will either be played at the Etihad Stadium or at Anfield.

What date is the Liverpool vs Manchester City game?

The Premier League is yet to announce the dates for Liverpool vs Manchester City, but these will no doubt be released over the next few months.

When these teams do get together and play we will always see some fireworks. This is why we are keeping a close eye on when the dates are released for when they are next scheduled to play, and we are sure that you are too!