Looking forward to the next Manchester derby? We certainly are, and we’ve got the best tips and predictions for you in this post.

Unibet is one of the fastest-growing bookmakers in the UK, and all new customers can get full insurance on their first sports bet up to £40. This means you may place a bet on any football event with full knowledge that if you don’t win, you’ll get another shot at it.

Fancy £30 in free sports bets? That’s precisely what William Hill has in store, and by taking advantage of it, you can essentially place a bet with free cash. There’s always the possibility that you can win real cash too, which makes it even better.

By betting just £5 with Coral, you will receive £20 worth of free bets into your account. These free bets can be used on any sport you like, and if you sign up when there is an upcoming Manchester derby, you can use your bets on this game.

Manchester United have improved a lot in recent months. Under Solskjaer’s guidance, they have managed to improve their position in the Premier League and start to feel like a real threat again. We haven’t felt this about Manchester United since the days of Alex Ferguson, but now it seems things are turning around. While this is good news if you are a Manchester United fan, we still believe that Manchester City would be favourites in a Manchester derby.

This will be reflected by the odds at Coral, William Hill, and Unibet.

Why are Manchester City listed as favourites?

Manchester City has been amazingly dominant in the Premier League in recent years. With Pep Guardiola at the helm, the team has topped the Premier League several times, and have contested for the Champions League crown too. Manchester United have been nowhere near this level of success, and the Man City squad definitely has more depth to it than Manchester United’s. With this being said, there is still plenty of transfer market activity to take place between now and the next time these guys play. So, this could make the odds fluctuate quite drastically depending on what moves are made. 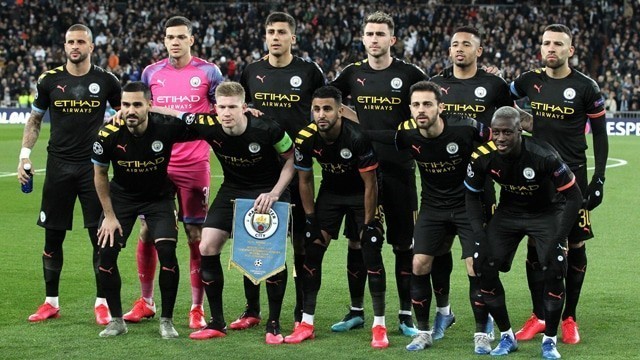 This doesn’t mean that United cannot cause an upset, however. They still have players like Bruno Fernandes and Rashford who are playing great football. 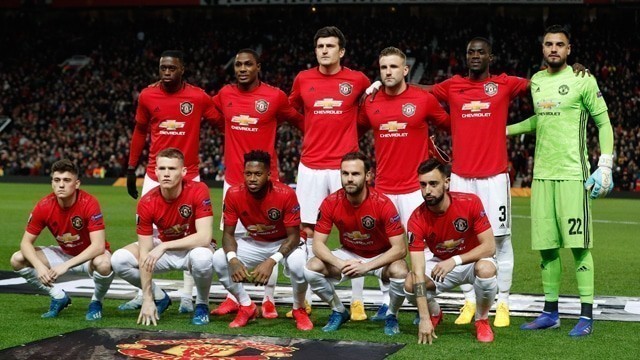 Most common bets for Manchester United vs Manchester City 2022 predictions

This is one of the main moneyline markets, and it is always a great shout right now to back a Manchester City victory. They have shown great dominance in English football, and there is a reason that they are consistently in contention for the title.

He’s one of the greatest goalscorers in the Premier League of late, so you can always find a market for Sergio Aguero to score. This is especially true for when Manchester City are playing at home, as he seems to feed off the home crowd very well.

Both teams have players who can knock them in from anywhere on the pitch. Just look at Sterling, Aguero, Rashford, Pogba, and Fernandes, as this is all you really need to know to understand that both sides can score easily.

With Manchester City as heavy favourites, especially at home, it’s worthwhile looking at the spread markets in favour of Man City. You could put them down to win by 2 or even 3+ goals, and you will get good odds for this too.

A Manchester derby is often full of drama, and tensions can be soaring on the pitch. This tension can sometimes spread to the managers too. For that reason, looking into whether a red card will be shown or not is quite an interesting market.

This is different to spread betting as here you are betting on the exact number of goals. You may pick that there will be 3 goals, 4 goals, or even 5, or you may want to put this down as part of a spread bet. There are possibilities for both.

If you’re looking for a little extra customization and flexibility, the bet builder is another speciality bet you can look at. This allows you to make several sections and combine them for the same game, even if those actual markets are not readily available in the main pre-match markets.

If you are feeling really adventurous, you could try and pick the exact score of the game. This is obviously very tricky to try and get correct, but if you are able to do it, there can be some hefty rewards.

Before the game even begins, you’ll always see three different odds presented. One will be for a home win, another for an away win, and the final odd for a draw (shown as X). This is by far the most popular type of betting during a football game, especially for a Manchester city derby where pride is on the line.

To try and scope out plenty of value after the whistle blows to start the game, we’d suggest checking out some in-play markets. Things can swing pretty majorly in a game of football, especially in a derby game, so by holding out for the in-play markets you might just get some huge odds.

This is basically where you make a wager on who will be the outright winner of the game, often referred to as 1×2 or a ‘moneyline’ bet.

Who will win the derdy?

Obviously, nothing is certain in football, but Manchester City are likely candidates to get the victory in this game.

Once you’ve opened a brand new account with your desired sportsbook, you then just need to browse through the football markets to find this event.

You will probably find some free in-play bets for this game if you proceed to make a pre-game wager.

What date are the games?

The exact dates for the next Manchester United vs Manchester City game are yet to be released, but we will be watching the headlines closely for more news.

It’s always an absolute classic when these teams meet. There is a huge amount of pride on the line, a great atmosphere, and some awesome bets to make ahead of the game itself. We are waiting with great excitement for the announcement of the next meeting between these teams, and you are no doubt doing the same! For now, we all must sit and wait.