In this betting preview, we look at the Europa League fixture between Manchester United and Granada at the Old Trafford.

Ole Gunnar Solskjaer's men tamed Tottenham in North London and will welcome Granda to the comforts of Old Trafford. The Red Devils are unbeaten in eight home matches, including a famous 9-0 victory over Southampton. Meanwhile, Granda have five of their last six matches on the road and little is expected from them after their 0-2 humbling at Nuevo Los Cármenes Stadium.

Total Goals Second Half: Over 1.5

Manchester United were held to 1-1 in the first period against Tottenham but scored two in the second half to claim the three points on offer. In a similar vein, Granada came back from a goal behind to claim a 1-2 win over Real Valladolid in the second half. There has been a goal in the second half of United's seven successive games, with the stat stretching to twelve for the visitors.

The Red Devils have scored in seven of their last ten home fixtures. Meanwhile, the Nazaríes come into the fixture after scoring in twelve successive away games. Both sides are troubled by their issues at the back and have enough firepower to trouble their rivals. With progress to the Europa League semi-finals on the cards, expect both sides to battle it out for 90 minutes.

Ahead of their meeting with Tottenham, Solskjaer played down the importance of silverware in the war of words with Jose Mourinho. But after failing to make a final appearance after four semi-final appearances, the pressure will be mounting on him. The Norwegian has to deliver trophies and the Europa League is their final chance. With the Red Devils hitting their stride at the right moment, they are favourites for the title. Bruno Fernandes remains their star from an advanced midfield role, with Marcus Rashford and Edinson Cavani looking forward to his service.

Granada jaded but not out

Diego Martinez's men were humbled 0-2 at home but exhibited the will over the weekend that will make Manchester United uneasy ahead of the fixture. They came back from a goal down to claim the three points against Real Valladolid on the road. Jorge Molina and Quini were their saviours but Granada will have a tough task on their hands. Their top scorers, Roberto Soldado and Jorge Molina are on the other side of 35. Moreover, they will have to give a better account of their abilities at the back to stand a chance at progressing.

Top Betting Odds and Stats for Man Utd vs Granada

FAQs regarding Man Utd vs Granada Coverage and Accessibility 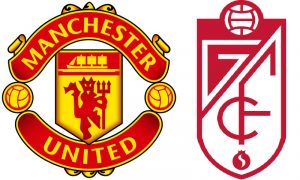 The match will take place at the Old Trafford.

Ole Gunnar Solskjaer's men are favourites to progress to the Europa League semi-finals, ending the Spaniards' run in Europe.