Perugia will be looking to retaliate from the humbling defeat they faced the last time they played the mediocre Cittadella side last season. Both teams are currently on the same 20 points and a win for any could help scale up the Serie B table. We are expecting to experience some exhilarating action as both teams go head-to-head. Read our expert predictions and find the latest odds for the fixture below in our match preview.

After their last win, Perugia will be looking to stay on course with their winning ways as a loss could plunge them down the table. Regardless, Cittadella, considering their history, have never made it easy for them.

While this could be considered high risk, there are some reasons why it is highly possible. In the last two years, Cittadella have been matched with the home team twice and in those two meetings, they won by a clear margin. Following Cittadella's recent matches, they have won two games, sealed a draw for one and lost two. Same can be said for Perugia too. It would suffice to add that Citradella have had really difficult matchups in the last five games, one of them being Pisa, yet they managed to win. There is a good chance that history might repeat itself again and they would come out victorious at the end of this game

Cittadella to Win Either Half

While we have established that Cittadella have a high chance to win given history. However, it doesn't dispute the fact that it is high-risk. However, it is safer to bet on them to win either half since that is more likely.

Top Betting Odds and Stats for Perugia vs Cittadella

For this game, there are obviously no clear favourites. However, looking at their head-to-head and current form, Cittadella are very likely to win this game. To be on the safe side though, playing them to win either half seems more feasible.

FAQs ahead of Perugia vs Cittadella 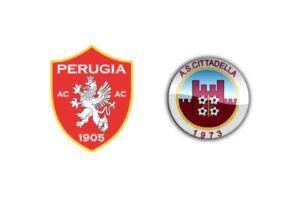 We recommend using NetBet for Perugia vs Cittadella

There are no clear favourites for this game. Either side could win this one