This is a preview of the Tanzania vs Madagascar fixture, a CAF World Cup 2022 qualifier match scheduled for 7th September 2021. We also have the best free predictions in this post.

Soccer predictions and tips at Football Ground Guide contain no bias and are premised on the latest team stats, news and data. Our best picks for Tanzania vs Madagascar are as follows:

Note: The odds for this match are correct at the time of writing this preview. Please visit the bookmaker for updated prices.

Tanzania is our favourite team to win this match. Home advantage and a draw in the first group J fixture should give the hosts some belief coming to this game. Even though they previously lost to Madagascar in a COSAFA Cup fixture, Tanzania has a better scoring form than Madagascar. The visitors are struggling defensively, something which could cost them this match.

Tanzania to win to nil

We are also backing the hosts to win this game without conceding. The hosts haven’t lost at home in the last four matches of 2W and 2D. The home victories came with a clean sheet.

The hosts to win first-half

To win this match, Tanzania must go ahead at the break. An early goal for the hosts in this fixture comes with a great price on William Hill. While the hosts have lost three games in their last nine, none of those losses was at home.

The second game of Group J between Tanzania and Madagascar will also be the second meeting between the two teams. Find out more in our team previews below.

Tanzania is unbeaten in the last three matches. The hosts have two clean-sheet victories and a 1-1 draw in their last three matches. However, Tanzania failed to beat Madagascar in the only meeting between the two teams back in May 2015. It begs the question; can the Swahili nation bag their first victory in Group J and also against Madagascar? A 1-1 draw away from home with DR Congo proved that Tanzania has a lot to prove in the CAF World Cup qualifiers. For that, we wouldn’t take the risk of wishing them away in this fixture.

Madagascar lost their first World Cup qualifier fixture to Benin. The visitors are currently last in Group J with zero points after one game. While a 2-0 victory over Tanzania in the only previous encounter between these teams should inspire some hopes in the visitors, poor defending is a big worry for head coach, Nicolas Dupuis.

Tanzania vs Madagascar: Top Stats and the Best Betting Odds 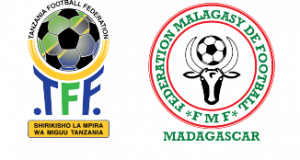 Has Tanzania played against Madagascar before?

How did these teams perform in the first game?

Tanzania drew 1-1 with Congo DR while Madagascar lost a home fixture 1-0 against Benin.