This preview aims to provide betting insights into VfL Wolfburg's home fixture against FC Cologne at the Volkswagen Arena to cement their top-four placing.

Die Wolfe are on a hot streak and have the best record in German top-flight in the last ten rounds with eight wins and a draw. Moreover, they are solid at the back with five successive shutouts at the Volkswagen Arena. They will come across Alexander Wehrle's struggling Cologne, who have faced three successive defeats on the road.

Across Bundesliga's last ten rounds, no team has conceded fewer goals than VfL Wolfsburg and this statistic included the all-mighty Bayern Munich. Moreover, the hosts have yet to concede in 486 minutes at home. However, in their last 14 meetings in the Arena, the BTTS has only been witnessed four times.

Oliver Glasner has solidified Die Wolfe's Champions League participation ambitions with a strong run in this season in the Bundesliga. After 26 matchdays, Wolfsburg are ten points behind expected leaders Bayern Munich and are hot on the tail of challengers RB Leipzig. Their bid has been strengthened by the strong showing of talisman Wout Weghorst, who has hit the back of the net 17 times this season. Wourst has been ably supported by the midfield performances of Maximilian Arnold, Renato Steffen, and Yannick Gerhardt.

Alexander Wehrle has a tough task on his hands as FC Cologne are embroiled in a relegation battle. The Billy Goats are on a run of a six-match winless run. However, for a result against the impressive Wolves, they will hope that their defence stands up and gets accounted for as they have only managed a league-low three clean sheets this campaign. With Elvis Rexhbecaj leading the scoring charts with five goals to his name but he has yet to score in six Bundesliga outings. Ondřej Duda is the man in form for the Goats and he will be hoping to build on his two-match scoring spree.

Top Betting Odds and Stats for Wolfsburg vs Cologne

FAQs regarding Wolfsburg vs Cologne Coverage and Accessibility 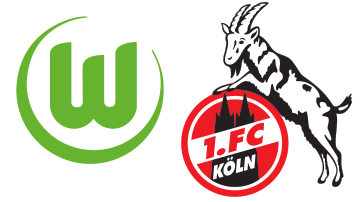 The match will take place at the Volkswagen Arena.

COSMOTE Sport is the place to watch the live broadcast on television. One can also watch the game from the numerous live streams available from bookmakers.