In this betting preview, we look at the top of the table Bundesliga meeting between VfL Wolfsburg and Borussia Dortmund at Volkswagen Arena on Saturday, April 24.

Heading into the final run of German top-flight games, both Wolfsburg and Dortmund are locked in battle for UEFA Champions League qualification. In midweek, Die Wolfe overcame their two-match losing streak to reclaim third place. They now have to ensure that they get a decent result against the chasing Der BVB. Meanwhile, Borussia have turned around their campaign and travel to the Volkswagen Arena with three wins on the trot.

With the exception of their 2-0 win over Hertha Berlin, Der BVB have seen three goals or more in their last six competitive outings. A similar trend is observed for Wolfsburg, who have seen Under 2.5 goals once in their last seven. Both rivals have exhibited a penchant for scoring goals and it looks unlikely that they will inhibit their instincts at this stage of the season.

Bayern Munich ended Wolfsburg run of five clean sheets at home. However, in all competitions, they have seen goals on both ends in five of their last seven competitive fixtures. On the other hand, Dortmund's win over Hertha was the first incident after six outings that their rivals had not gotten on the scoreboard. Expect scorers to be in action as both sides face off in this potential six-pointer for Champions League qualification.

Oliver Glasner's men had slipped to fourth place after successive defeats to fellow top-four sides, Eintracht Frankfurt and Bayern Munich. Their 3-1 win over Stuttgart not only reinstated their confidence but also added distance from the chasing pack. With four matches remaining until the end of the season, Wolfsburg need to ensure they maintain their place and have Champions League qualification to show for their season's toils. Wout Weghorst will have to be on his best to ensure Wolfsburg have European competition to look forward to.

After struggling for points in the last days under Lucien Favre, Borussia Dortmund are again showing why they were considered title challengers at the start of the 2020/21 campaign. Eden Terzic has steadied the ship and Der BVB enters the pitch on the back of three successive victories in Bundesliga. Their charge for Champions League qualification is on the rise but need the lady luck to smile on them alongside positive performances on the pitch. While Jadon Sancho continues to miss due to injury concerns, Erling Haaland is available for selection alongside Marco Reus.

Top Betting Odds and Stats for Wolfsburg vs Dortmund

FAQs regarding Wolfsburg vs Dortmund Coverage and Accessibility 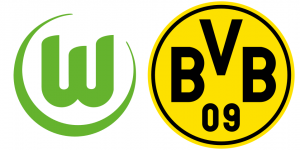 The match will take place at Volkswagen Arena.