This preview aims to provide betting insights into the Bundesliga encounter that witnesses third-placed Wolfsburg host winless and beleaguered Schalke at the Volkswagen Arena. Die Wolfe enter the fixture on the back of two successive defeats. With their third place on the Bundesliga under threat, Oliver Glasner’s men will look to bounce back. They will have an excellent opportunity on Saturday evening as they take on the beleaguered Schalke 04. Oliver Glasner runs a tight ship and will ensure that his side does not drop points against their rivals.

With Wolfsburg only failing to score once in their last ten Bundesliga outings at home, the odds are stacked in their favor to get on the scoreboard. However, only two of their last five competitive games at the Volkswagen Arena has resulted in Over 2.5. Confidenc increases in the Under 2.5 prediction based on the fact that Schalke have only scored thrice in five competitive games on the roads and three of them have failed to get past the two-goal mark.

Royal Blues have managed a solitary win in their 2020/21 campaign and have been the punching bags in the German top-flight. With a record of 16 goals scored and a woeful 61 conceded, everything points towards another washout for the seven-time Bundesliga winners. In their last three away trips, they have troubled the scorers once and that too came in the 5-1 washout against Stuttgart at the end of February.

With Dortmund and Monchengladbach stuttering in their respective Bundesliga campaigns, Wolfsburg have taken their place. The Saxons keep a tight ship and are on track to qualify for the UEFA Champions League. Wout Weghorst is leading the lines effectively, scoring 15 and laying down three assists. With Maximilian Arnold, Renato Steffen, and Yannick Gerhardt supplying balls forward, they have the ability to pick apart defenses. However, the Wolves will be missing Paulo Otavio, who picked up a red card for his second bookable offense in the defeat to Hoffenheim.

The current season has plenty of hot stats for Schalke 04, who have yet to record their second win of the campaign. In their last outing, they managed to secure a 0-0 draw against fellow relegation-threatened side Main, picking up an inconsequential point as they head towards 2. Bundesliga. They are eight points behind the team above and their injury concerns do not help their cause. Dimitrios Grammozis has eleven players out of contention for the fixture as the Royal Blues’ 2020/21 campaign goes from bad to worse.

Top Betting Odds and Stats for Wolfsburg vs Schalke

FAQs regarding Wolfsburg vs Schalke Coverage and Accessibility 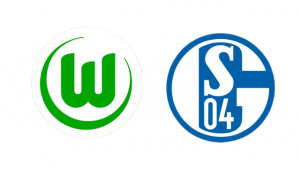 The match will take place at the Volkswagen Arena.

On which channel is the game available?

Will Player Matthew Hoppe be playing?