The odds were correct at the time of writing, but they are subject to change. Please check the odds with your bookie before placing a bet.

If you are more than ready for the 2022 World Cup to take place in Qatar, this is a preview you need to read.

Only one match remains to be played at the 2022 World Cup in Qatar and the game is scheduled for Sunday, December 18th. Here are some of our top betting tips for it:

The final game, the one that brings all the glory to the winners and all the sorrow to the losers, is upon us. France, the defending champions of the world, will meet Argentina, led for the last time by their legend Lionel Mess, in his final attempt to lift the only trophy missing in his rich career.

Both teams have their weaknesses, but they are also among the best teams in the world, full of talent and players that could decide the game with one move. That being said, we feel that France is the more compact team, dangerous from all sides, while Argentina relies on Messi too much. So, we can see France defending their title and beating Argentina, narrowly.

Although we do expect France to win, we said that we also expect a close game. With that in mind, we can see the two teams being tied at half time and the game being decided in the second half.

Furthermore, this is a World Cup final, so both team will tread carefully, especially in the first half. One goal here could decide who lifts the trophy, so teams will be extremely cautious in their approach to the game, which usually leads to a draw at half time.

We rarely see many goals in World Cup finals, at least in this modern era. Yes, the last final between France and Croatia ended with six goals being scored, but that was the exception that confirms the rule.

After all, only two of the last eight World Cup finals have gone over 2.5 total goals and we don't see this final being any different. With that in mind, our final prediction for this match is under 2.5 total goals. Betfred has one of the best welcome offers around, with £30 in free bets available for you to claim after just a £10 sports bet. This initial bet can be placed on the World Cup, of course, as can the following £30 in free bets.

Another £30 with the promo code in free football bets can be accessed with William Hill, although you still need to make the initial £10 wager. There are no restrictions on this bet and zero wagering conditions, which makes it even better.

Belgium actually managed to knock out Brazil in the 2018 World Cup, showing that they are capable of playing on a big stage and delivering the goods. The team has a great attacking line up with many strikers who are in the prime of their careers, so Belgium is definitely a dark horse here.

As we saw in 2018, England managed to make their way through to the World Cup semi-final, which is the best team performance in decades. England has always had a decent team that has struggled on the big stage, yet with a team of youngsters these days, they can be dangerous indeed.

You can just never write Spain off in a World Cup. They may not be as great today as they have been in previous years, but they are still a very strong team. Most of the bookmakers have them priced at 10.00+ odds too, making Spain a highly attractive underdog bet.

As seen in the odds comparison table, you will generally find that the most attractive odds are with Ladbrokes and William Hill. These guys are absolute experts in the world of World Cup betting, whereas Betfred seems to be slightly off the pace. On the plus side with Betfred, you can enjoy some tasty bonuses for the event. 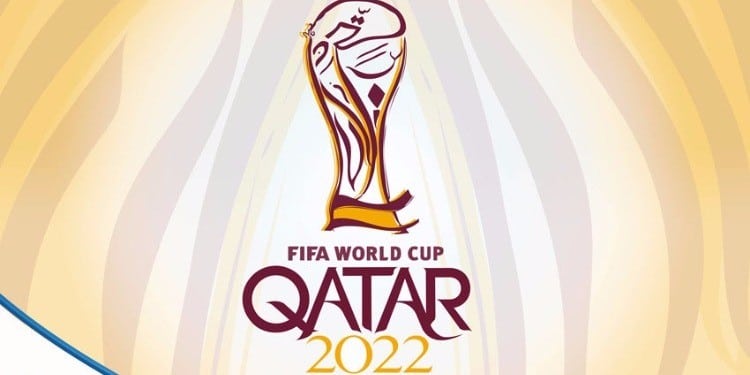 To pass the group stage

In the World Cup, teams always start out with a few group games to see who will progress through to the knockouts. That’s why one of the first bets you should look out for is who will pass the group stage, and if you go for an underdog, there can be high odds.

The Golden Boot market is always good fun as you are betting on who will score the most goals. Therefore you might find yourself cheering for individual players over exact teams.

If you feel like you’ve got a hunch for who will win the event, why not go for an outright winner bet? You can do this before the tournament has even begun, and you can also do it during the tournament too.

Rather than wagering on which team will pass through the group, you might prefer to bet on who will actually win the group. This can be a bit more thrilling and more rewarding than just betting on who will go through to the knockout stage.

Not to pass the group stage

If you’d prefer to go in the opposite direction to most, you can actually bet on what teams will not pass the group stage. This is a great option for if there is a group where several teams could make it through, or not in this case.

Exact round of tournament exit

This is probably a better bet to place once the draw has been made, and if you can predict correctly here, there can be some big cash. You may make a bet that England will lose in the quarters for example, and the odds can be very high for this.

Highest number of goals by team

With so many great goalscorers involved in the World Cup, this is another great alternative. While you have already seen the Golden Boot market, you should know that you can also bet on the most goals scored by a team.

In contrast to the bet shown above, there’s always the opportunity that you can bet on who will have the hardest time in finding the goal during the World Cup. This market might need to be requested on some sites, but it’s still pretty cool to wager on.

Since the World Cup is all about winning and progressing to the next stage, it goes without saying that teams push hard for goals. They are always desperate for 3 points in the group stage, and of course, for the knockout stage too.

To win to nil

If you know that a team has a decent attacking lineup and a very good defence, you may want to bet on a team to win to nil. This literally means what it says, as the team must win without conceding a goal for you to win your wager.

In football, there are 3 outcomes. The home team can win, there can be a draw, or there can be an away win. These are always the 3 main markets listed for any game, and the choice is yours for which one you actually wager on. Always do some research before choosing any market, and you may just have a better run of things.

What is World Cup outright betting 2022?

This is where you place a wager on who will emerge victorious for this particular event.

The top online sportsbooks appear to be torn between France and Brazil, but we would be tempted to go for Brazil.

You’ll need to actually register with an online bookmaker, and then fund your account so that you can make some real money wagers.

After signing in to your new online betting account, you can then look for the World Cup 2022 markets, then place your bets where you see fit.

There will be a whole bunch of free bets ahead of the World Cup 2022, and this can be found in the promotions page of a site.

The World Cup 2022 final is scheduled to be played in Qatar, who are the hosts of the event.

Where are the World Cup 2022 matches?

All of the games will be played in Qatar since they won the rights to host the event a few years ago.

What date are the games for the World Cup 2022?

The games will actually be played between November and December of 2022, which is a complete contrast to when World Cup games are usually held.

The World Cup 2022 in Qatar will be a World Cup like no other. It is the first to be held in an Arab country, and the first to be played in the winter. What’s not new however, is the guaranteed bonuses and the action that will definitely be seen in this event.

Many of these predictions may seem like long shots on the face of it, but they actually present really good value in a market lacking in it. World Cups rarely go the way people expect so money is to be made by going against the grain. Please see below for previews and predictions for each FIFA World Cup group game.