Bnei Sakhnin  have struggled in recent outings, costing them their top positions in the standings. Hapoel Jerusalem have so far endured a very shaky run in the league, which explains why they are in the second half of the log. There isn't so much to look forward to, given the poor form of both teams. Read our expert predictions and find the latest odds for the fixture below in our match preview.

Bnei Sakhnin will be looking to turn things around for themselves positively as they go against Hapoel Jerusalem.

In their last five games, Bnei Sakhnin have lost two games, recorded a draw in  two games and won two games. On the other hand, Hapoel Jerusalem have lost two games, sealed a draw for two games and won just one game. Bnei Sakhnin are currently just one point ahead of the team occupying the seventh spot and two points ahead of the one occupying the eighth spot. A loss for them in this game could plunge them lower in the standings, hence it is highly expected that they would aim to seal a win for this game.

In the last three times that both teams have been paired against each other, they have only played both teams to score once. Both teams have a low tendency to score goals, especially the away team. Looking at the current form of the teams, there is a good chance that this game will end with just the home team scoring and the away team unable to reply to the goal.

In most of Sakhnin's recent games, they have only been able to score up to two goals in one game. The same can be said about the away team also that barely scores in games. Also, looking at the three times both teams have been matched up since 2019, one consistent thing is under 2.5 goals in all of those games.

Bnei Sakhnin need to turn things around for themselves by winning this game, else they risk going lower in the standings. The away team doesn't pose much threat, hence there is a good chance of that happening. Looking at both teams' low likelihood of scoring goals, backing this game under 2.5 goals is a very likely option.

FAQs ahead of Bnei Sakhnin vs Hapoel Jerusalem 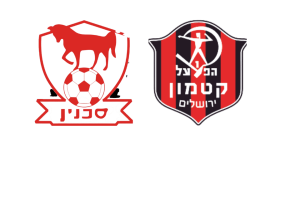 We recommend using SBK for Bnei Sakhnin vs Hapoel Jerusalem