This preview looks into the Italian Serie A match between Bologna and Inter Milan at the Stadio Renato Dall’Ara.

Inter Milan aim to go close to the league title when they take on Bologna in the Italian Serie A meeting this weekend. The top tips from the match would be

Inter Milan have been able to get more than 2.5 goals only once in the last five away matches. They are up against a Bologna outfit who have showed a lot of heart and desire in recent weeks. Even then, it may be difficult to find a way past the stubborn defence of Inter, which is the second meanest in the division behind Juventus.

Romelu Lukaku continued his sensational scoring form even on international duty. He has now scored in his last three appearances for club and country. Lukaku has excelled in away matches for Inter with at least a goal in two out of the last three away games. The Belgian has also scored against Bologna in all three appearances since making the switch to Inter.

A couple of decent results and excellent comebacks have pushed Bologna closer to the top half of the table. Sinisa Mihajlovic is taking his Bologna team in search of three consecutive league wins for the first time since February 2020. It might be extremely difficult to achieve given that the players may start to lose motivation. The club will also be without Rodrigo Palacio for the upcoming match due to suspension, while Lukasz Skorupski, Federico Javier Santander, and Aaron Hickey are unavailable due to injuries.

Inter Milan will look to move one step closer towards picking up a first league title in more than a decade after opening a 10 point advantage at the top. This is a sizeable lead with the two competitors – AC Milan and Juventus – struggling for momentum in form. Inter can also focus only on the domestic matches due to the lack of distraction from Europe. Antonio Conte, though, will continue to be without Stefan de Vrij, Arturo Vidal, and Danilo D'Ambrosio.

Best Odds and Stats for Betting on Bologna vs Inter Milan 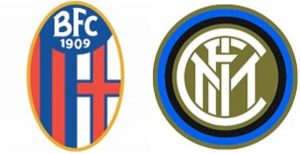 The Stadio Renato Dall’Ara will be the location for the meeting between Bologna and Inter Milan this weekend.

Inter Milan, who lead the league table, are the favourites to win this game at odds of 2/5.